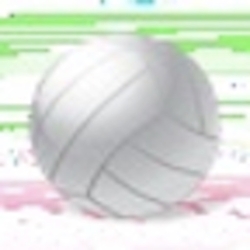 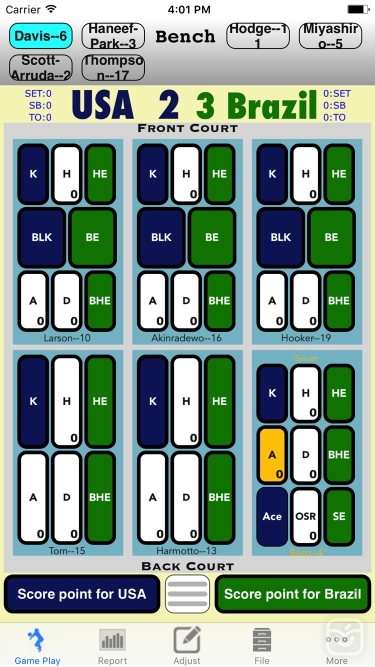 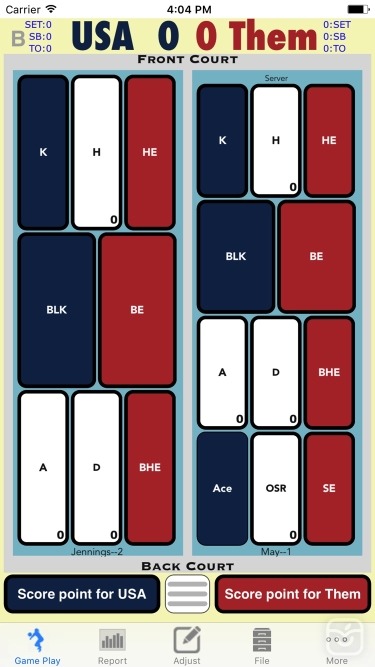 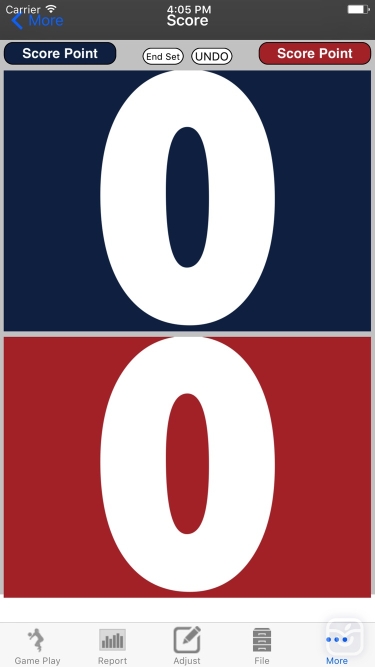 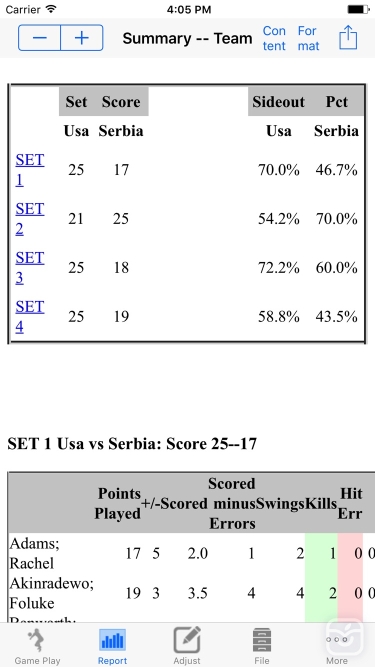 The application is straightforward to use; stats are recorded by tapping on buttons that are grouped according to the player’s position on the floor. Players automatically rotate through positions, so the app can be used as a simple rotation tracker. In addition, each player can be configured for the position they play after the serve. So after initially being in the correct rotational position, players will move to the position they play through the rest of the point.

All major stats are recordable by a single button click. In addition most major stats have details that are recorded by tap on hold on a major stat button. In total, you can collect over 70 different statistics.

Stats for an unlimited number of matches can be stored and later retrieved for review. While reviewing, stats can be shown for a single match, or any set of matches up to every match recorded. Stats can be easily shared: to instances of this app on other tablets, to spreadsheets, to MaxPreps, and HTML email.

Data recoded using the app can freely exchanged with other instances of the app using either email or cloud storage apps.