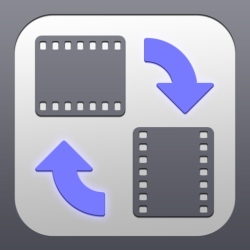 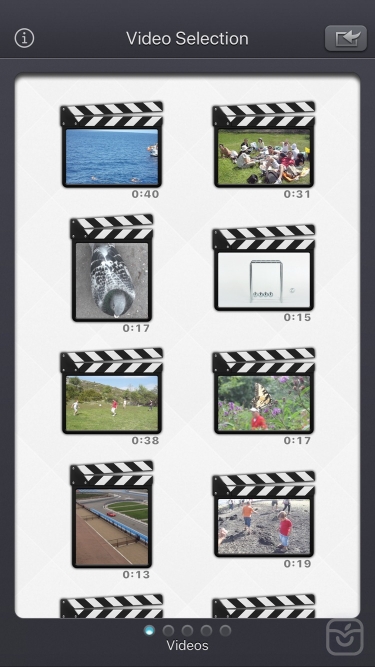 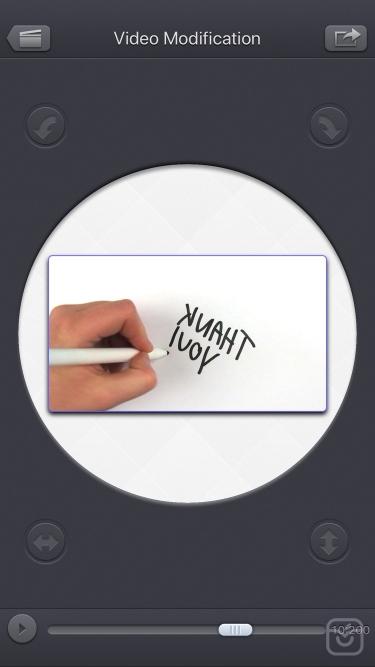 With Video Rotate & Flip - HD, you can now rotate and flip your videos in a very easy way, directly on your device.

Rotate your videos to change the portrait/landscape orientation, or flip them to turn the image upside down.

Here are some different usages of Video Rotate & Flip :

• you recorded a video with a bad orientation because you forgot to remove the rotation lock of your device. Use Video Rotate & Flip to change the orientation.

• you took a video of the ground or the sky. The orientation choosen by the device is not optimal and you want to change it.

• you want to add a mirror effect, flipping the video horizontally, in order to make things impossible to read.

• you just want to add some funny effect to a video, turning it upside down, or rotating it.

• some video players on your computer does not rotate the video correctly. Use Video Rotate & Flip to fix the video and apply the orientation.

If the video is still not readable on your computer, your video player might not fully support the .mov file extension. Use Quicktime (http://www.apple.com/quicktime/download/) instead.

The Input video can be imported from your device in several ways.

The modified version (if there is one) or the original version of the video are both available.

The camera can be used directly to record a video if needed.

You can also connect your device to your computer in order to drag and drop specific videos (Files feature).

The output video can be exported in several ways.

Create a new video in the Photo app or in the Files app.

Directly modify the input video by adding an edited version.

This application can run, on your iPhone and your iPad, as a standalone application, a Photo Extension, or as an Action Extension (from the compatible applications like the Photo app).

Portrait and Landscape orientations are supported in all screens.

Dark mode of iOS13 is supported.

You will find the original and intuitive user interface, common to all our videos applications.

These applications have been featured many times by Apple and various websites.