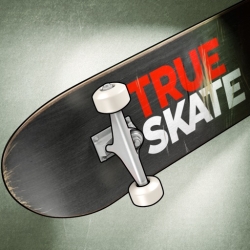 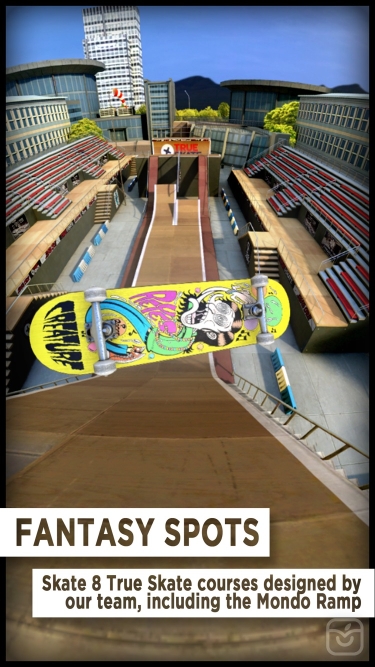 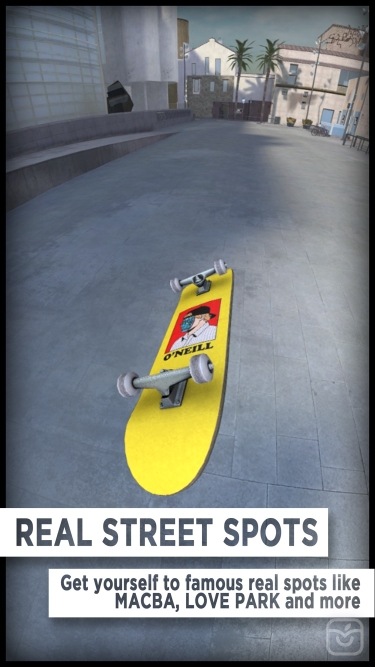 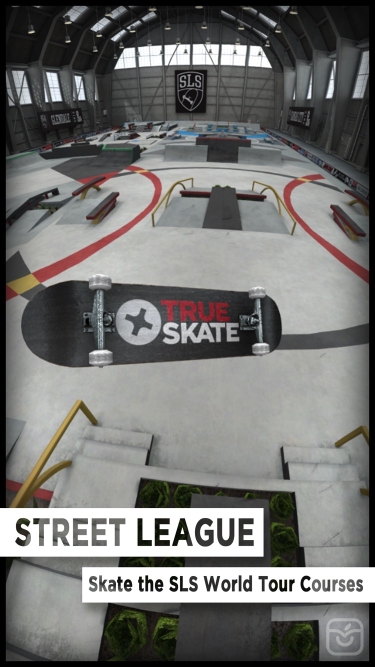 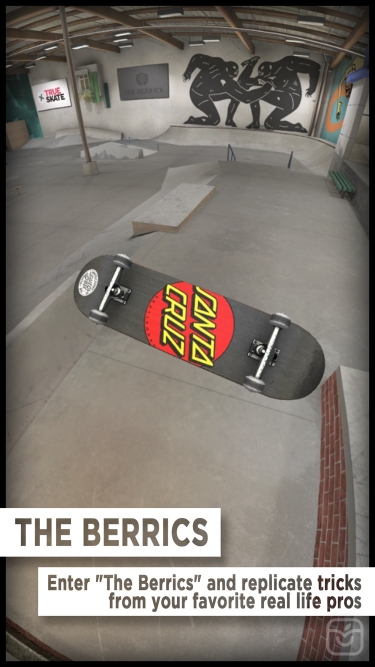 #1 game in 80 countries. Loved by skaters all over the world.

Note: True Skate comes with a single skate park and contains additional content only available by In-App purchase. See below.

- Flick the board to make it react exactly how you would expect.

- Drag your finger on the ground to push.

- A beautiful skate park to get lost in including ledges, stairs, grind rails plus a bowl, half pipe and quarter pipes. (Additional skate parks are now available as an In-App Purchase)

Available by IN-APP PURCHASE only:

- Choose from 5 preset cameras in your replays or create your own custom camera!

- Set keyframes throughout your replay to change to the most exciting camera for your tricks.

- Improved the newsfeed flow so it will no longer interupt gameplay.