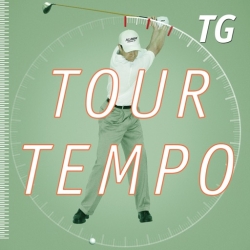 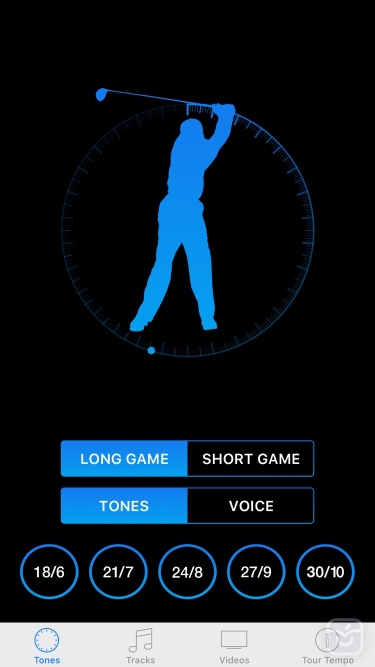 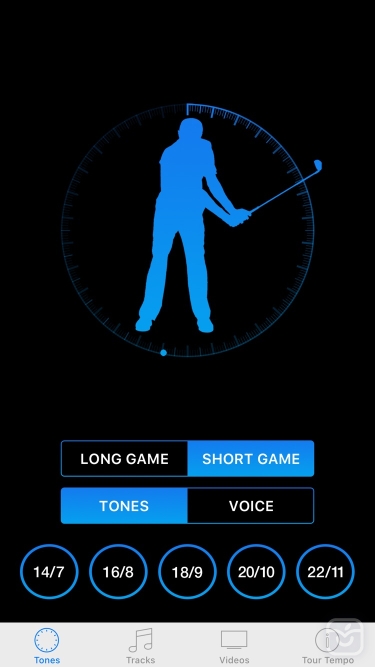 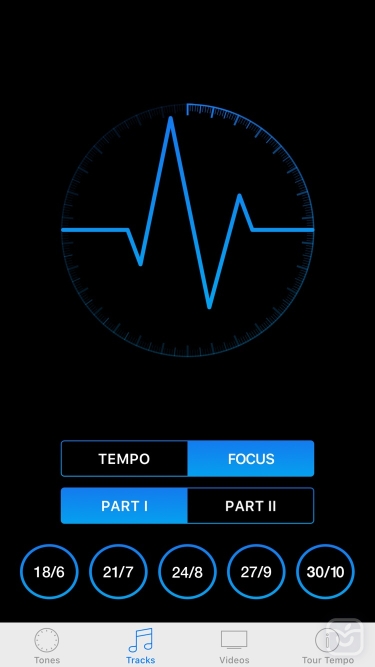 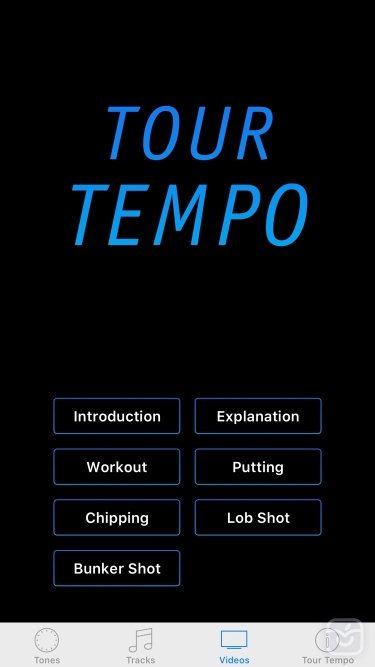 Used by beginners through Major Championship winners on the PGA Tour, and validated by an Independent Scientific Study by the Departments of Physics and Biomechanics at Yale University.

The Tour Tempo Total Game allows you to learn how to correctly integrate the Tempo of the Tour Pros into your golf swing. Over 100,000 golfers worldwide, including Major Championship winners on the PGA Tour, have improved their games by using Tour Tempo.

"In all the reviews I've written for MyGolfSpy (a number now pushing up on 100), I'd only given one perfect score. Now Tour Tempo can be added to that most-elite company. Tour Tempo is scientifically proven, it's easy to use, and it will help you in every facet of the game."

"It will be the best thing that you will ever do for your game."

"The Unified Theory of Tempo"

"No one has ever come up with a way to teach Tempo until now."

Based on the international best selling golf book, Tour Tempo. The book outlines and explains the discovery of a specific mathematical ratio regarding the elapsed time of the backswing and the elapsed time of the downswing of the Tour Pros. The Tour Tempo System is simple and easy to learn. All you do is react to three scientifically spaced musical notes. These musical notes alert you to start your takeaway, start your downswing, and then the third note lines you up with impact. It’s just that easy - you literally download the app, turn it on, grab a club and start swinging to the Tempo of the Tour Pros.

The Long Game Tones will teach you how to swing with the tempo ratio exhibited by the Tour Pros. We measured the time of their backswings and downswings by counting how many frames of video each part took. The magic ratio on full swings turned out to be three parts backswing to one part downswing. Tones are provided for each of the following frame ratios of Tour Tempo - 18/6, 21/7, 24/8 & 27/9. The Tour Tempo Tones have a clear purpose. They establish the intrinsic tempo of the golf swing in your subconscious mind. Once this is accomplished, you will not have to think about tempo while playing. This is what the Tour Pros have already done. You are about to acquire that same ability.

The Total Game App also contains the Short Game Tones of 14/7, 16/8, 18/9 & 20/10. After the publication of Tour Tempo, John Novosel studied the short game swings of the top touring pros, and discovered that virtually all of them employ a 2 to 1 swing ratio on or around the greens - a different Tempo than the 3 to 1 ratio of the Long Game. This is another reason why the game of golf is so hard to master.

The Tempo Tracks are an easy way to integrate Tour Tempo into your daily routine. One of the best ways to use the Tracks is to listen to them while driving to the course before a round of golf. The more you listen to them, the more the Tour Tempo rhythm will be ingrained into your Golf Swing.

The Focus Tracks are revolutionary relaxation songs that contain the Tones of Tour Tempo. Each Track has a Part II that has binaural tones embedded in the music to get your brain into an optimum state for concentration. This optimum state is more commonly known to athletes as “Being in the Zone.”

The videos give a complete explanation of the Tones and how to use them to immediately and dramatically improve your Total Game.

The app is your first step towards a more powerful, consistent golf game, and that is why we are giving you a discount from our Tour Tempo Shop. On the 'Info' screen you will find a one-time discount code good for $10 off on a future purchase at TourTempo.com and TourTempo.eu.

Added the following audio to iPhone/iPad:

Added the following audio to the Watch app: