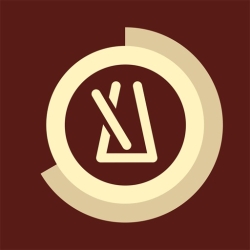 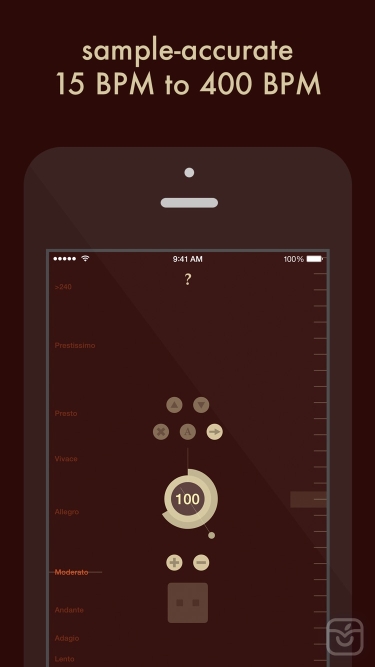 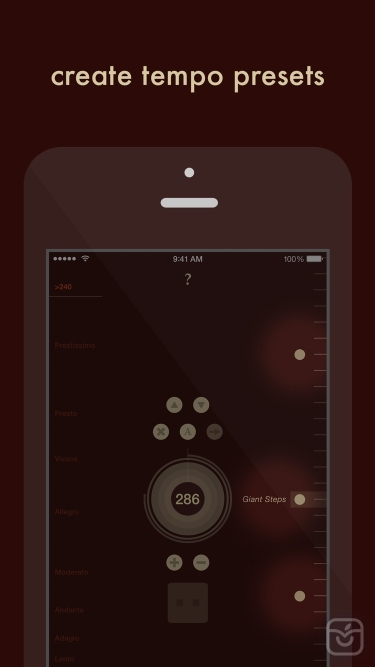 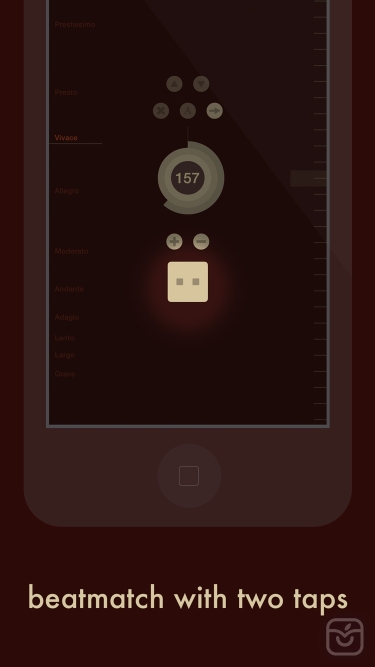 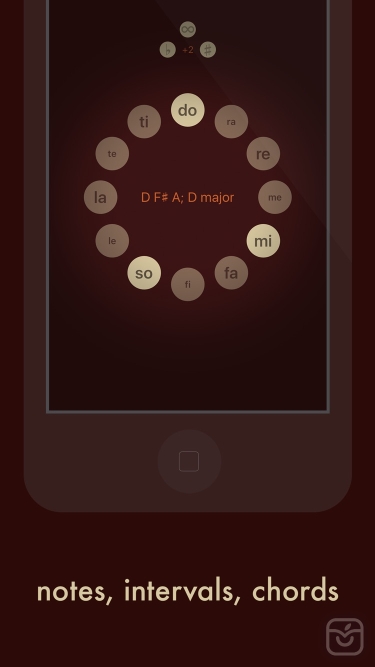 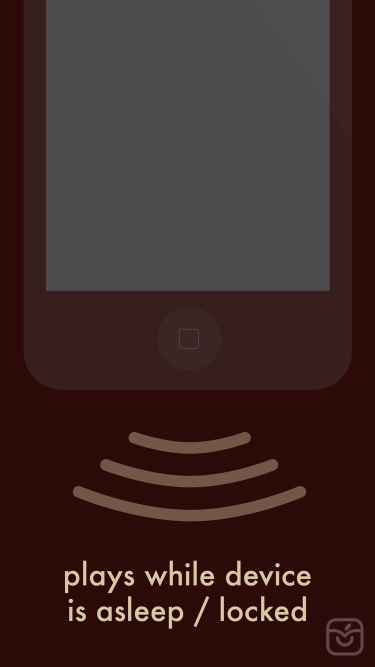 Ticker is a super-accurate, super-audible metronome that helps you make music more precisely.

It can tick from 15 to 400 BPM, beatmatch with two taps, display classical tempo markings, play in the background or while the device is locked / asleep, and save tempo presets.

Use this app to take your music skills to the next level and make music with greater precision.

Beats are positioned to 1/44100ths of a second, which provides sample-accurate timing that is stable and rock solid. Unlike wooden metronomes: no winding up, no slowing down.

2. Plays in the background.

And no cheesy drum sounds either. This high-pitched tick is audible even while you play or sing along.

Simply tap along with the beat of your song to get the tempo. Great for DJs too.

Save tempos for practicing later. Add a name if you like.

For anyone learning classical music, just tap on the word and you'll be up to speed.

8. Pitch pipes are back in style.

Use the handy tone generator for tuning, practicing solfege, playing melodies, or exploring intervals and chords.

Forget about the metronome and focus on the music - this app will stay out of your way.

• Adjust tempo by scrolling: no need to fiddle with clever knobs and circular dials

• Adjust tempo by stepping up and down

• Plays in the background while using other apps

• Plays in the background while device is locked / asleep

From within the app, tap the Info button, then select 'Send Feedback'.