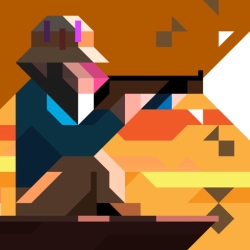 Ridiculous Fishing - A Tale of Redemption 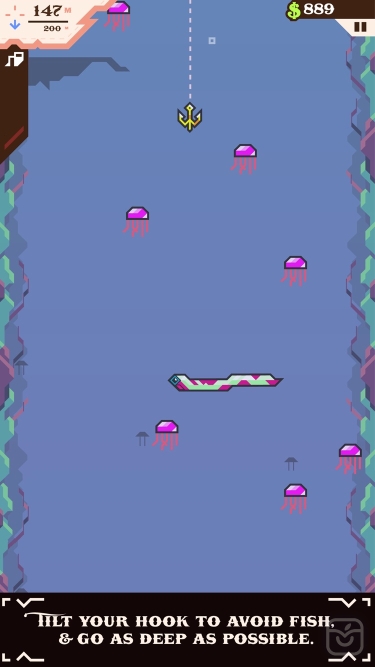 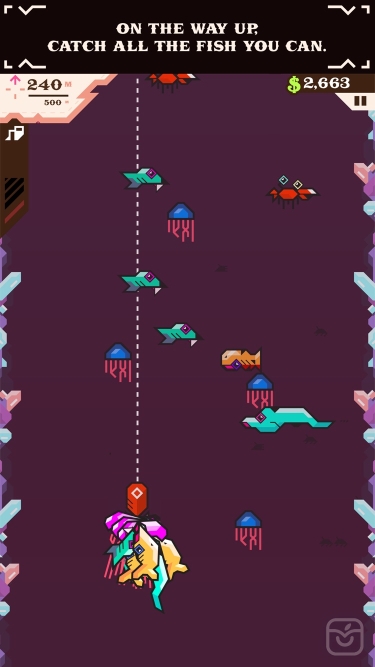 A handcrafted game about fishing with guns, chainsaws & toasters.

Follow Billy as he tries to find redemption from his uncertain past. Chase your destiny on the high seas and embark on a heroic quest for glory and gills.

* Hours of gameplay across the continents including a never-ending Infinite arcade world.

* Dozens of unlockables, weapons and items including popular fishing gear like the Most Expensive Hairdryer In The World and A Bowling Ball.

* No IAP - buy the game, play the game. No additional costs, no hidden fees. Even the hats are IAP-free.

"Ridiculous Fishing is such a complete package that it's an effortless recommendation." ~ Eli Hodapp (TouchArcade) - (5 / 5)

"Every aspect of the game, from the rewarding upgrade system to the unique graphics, displays an intricate craftsmanship we rarely see on the App Store." ~ Chris Reed (Slide2Play) - (4 / 4)

"One of the most mechanically satisfying experiences you'll ever find, and wrapped in a dazzlingly cool aesthetic." ~ Eli Cymet (Gamezebo) - (5 / 5)

"Ridiculous Fishing is from an alternate iPhone gaming universe where Nintendo is the production quality standard and action is everything." ~ Robert Ashley (A Life Well Wasted)

"I'm hooked up to an IV and playing Ridiculous Fishing. One is medicine, the other is a painkiller." ~ Ben Kuchera (PA Report)

This compatibility update of Ridiculous Fishing brings support for new iOS devices and functionality. Two brand-new speedrun leaderboards to fish fast for, and haptic feedback support for devices that support it.