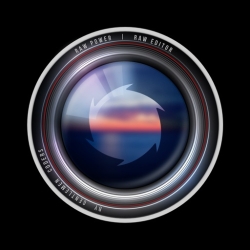 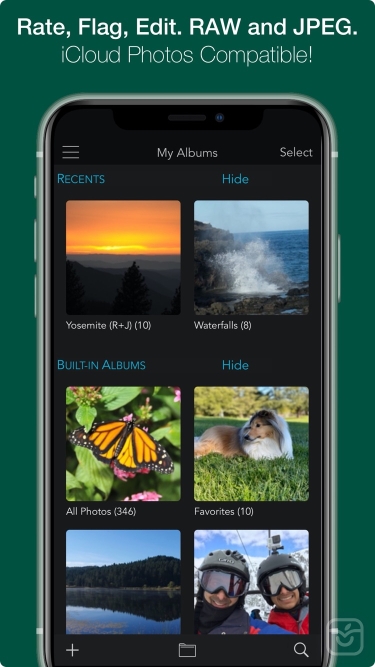 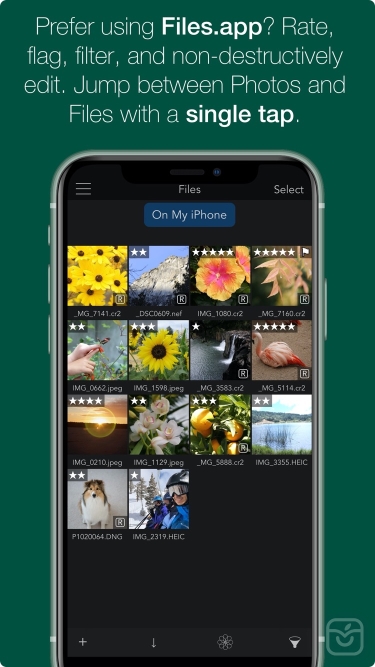 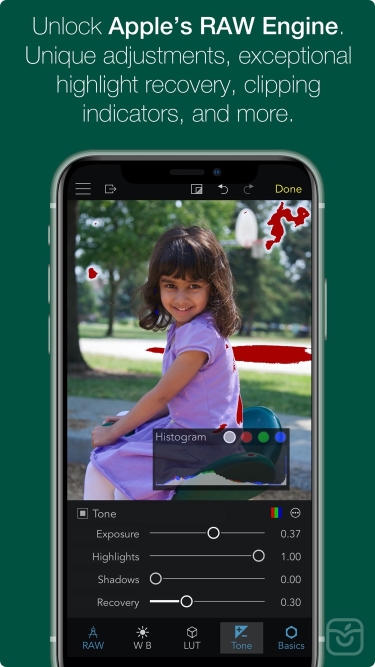 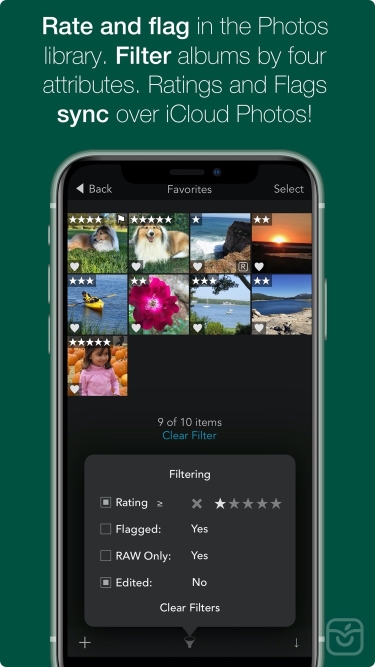 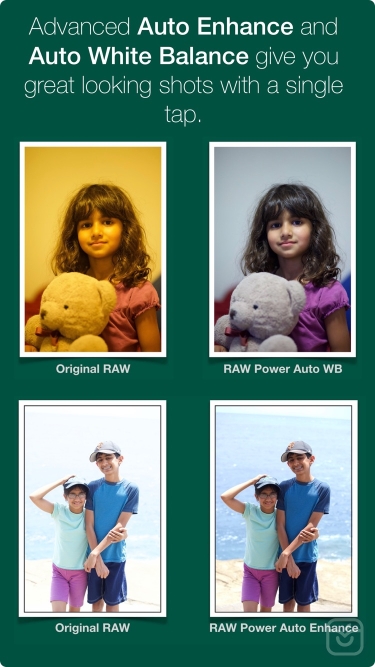 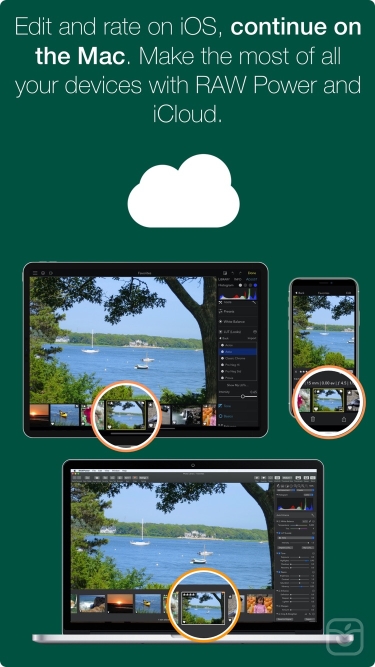 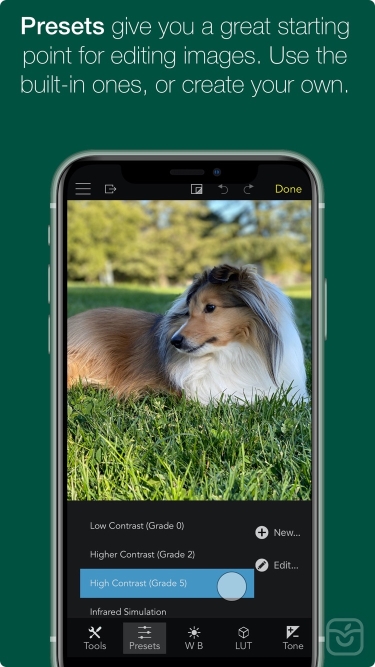 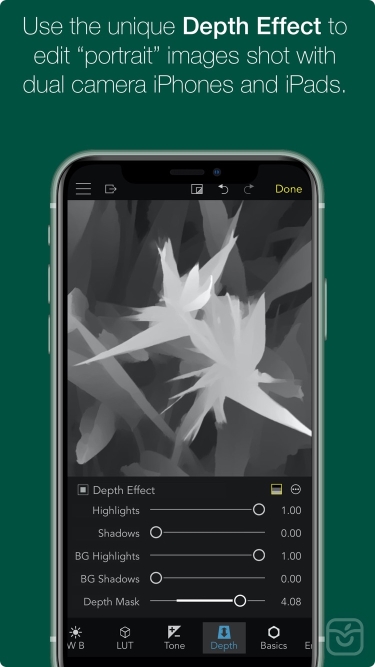 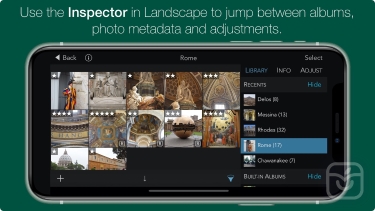 — ADVANCED RAW: Unlock the power of Apple's RAW engine with easy-to-use controls. Develop images with the same outstanding RAW processing in Apple’s Aperture professional photo app. Unique adjustments let you improve your images in ways that can't be done in any other app.

— ORGANIZE: RAW Power is a complete photo app to organize and manage your photo library. Fully compatible with iCloud Photo Library, so all changes are synced. Every image and every change is available to every app on your iPhone or iPad.

— FILES.APP: Store images in the Photos library or Files.app. Use our new Share extension to import from other apps directly into RAW Power’s Files container. Same non-destructive editing, rating, and filtering features! (iCloud syncing is not supported).

— NOT JUST RAWs: RAW Power is great with JPEGs, with many tools missing from the Photos app. Plus an innovative Depth Effect for photos shot on iPhones with a dual camera system.

— EDIT CROSS-PLATFORM: Edit on iOS and continue on the Mac (or vice-versa) using RAW Power 3 for macOS.

— Zoom up to 800% for extremely precise adjustments.

— Create and rename albums, delete images from albums and the library, and move images into albums. Full access to your folder hierarchy.

— Full non-destructive editing. All changes stored in the iOS Photo Library and iCloud Photo Library, so you can edit on one device and continue on another, without loss of quality. Even between Mac and iOS!

— Optimized for small screens. Choose which adjustments to show by default and in what order

— Apply presets, and Copy / Paste Adjustments to one image or many

— LUTs (Look up tables) with built-in looks and film simulations. Add your own!

— Crop and Straighten, Rotate and Flip, White Balance with sampler and auto

— Curves and Levels. Curves has Linear and Lab modes, and samplers

— All sliders are real-time and GPU accelerated

— Compatible with hundreds of cameras, including iPhone RAW images. (list at:https://support.apple.com/en-jo/HT210191). Fuji Compressed RAW is not supported. RAW support is downloaded in the background by Apple. Your device must be on WiFi and plugged in to get updates.

— Great with JPEGs, TIFFs, PNGs, and most DNGs

Gentlemen Coders was founded by a former Senior Director of Engineering at Apple. For more information, visit www.gentlemencoders.com.

* All Adjustments are visible by default. You can remove them from view by using the “…” menu in each adjustment.

* Add button to Settings to hide the Camera button.

* Fix bugs with the Send to RAW Power extension

* Lots of other bug fixes throughout the app.

* New: Watermarking: Add text or an image watermark, with many options to control appearance

* Improvements to appearance of Curves and Levels

* Performance Improvements when importing from Files.app

* New: HSL Color Adjustment with 9 built in hues and a custom hue option.

* New: Edit either the RAW or JPEG of a R+J pair in the Photos library

* New: Import and Export Presets, so you can share presets between machines or between iOS and Mac.

* Much improved Export UI in single image and batch mode.

* Speed up swiping in the Files.app view

* Add Reorder Adjustments to the adjustment menu in each brick

* Increase range of Deepen and Lighten.

• Add Restore Edits feature for Files.app, which can be used after restoring images from backup or copying images to a different device

• For Files.app, move originals into a separate folder and move the database into the Data folder

• Fix issue with rotation in Files.app with some Sony images

• Support for mouse and trackpad with iOS 13.4

• Improve quality and range of Highlights and Shadows

• Prompt when adding new adjustments to also add them to the default set.

• Add information about the How To Videos that are on YouTube

• Show shared albums and synced Albums (from iTunes/Finder), which are not editable

• Fix bug with Revert to Original in Files Batch mode, which was not removing the Edited badge

• Delete the sidecar and preview when deleting images from Files.app

• Write out Rating to IPTC on export