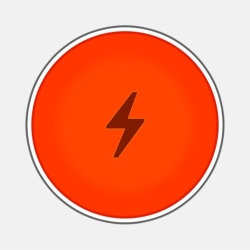 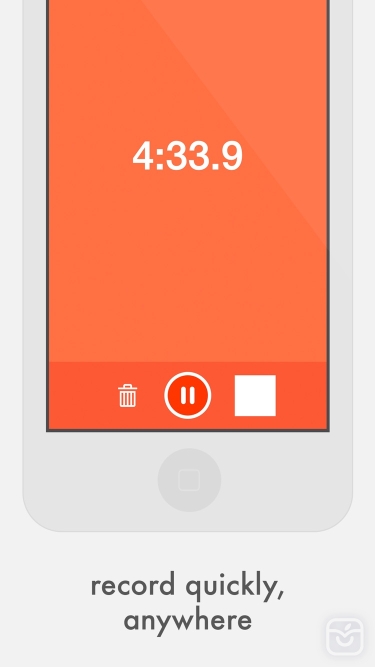 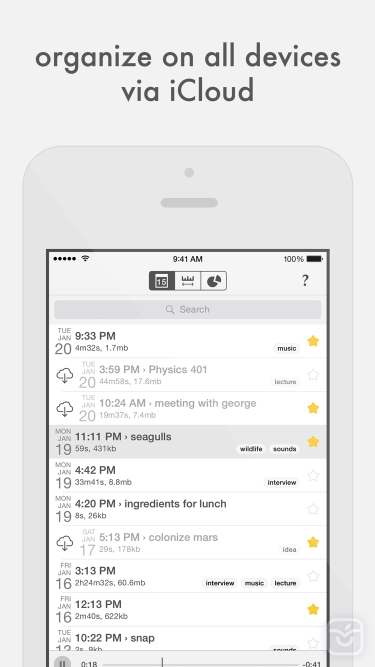 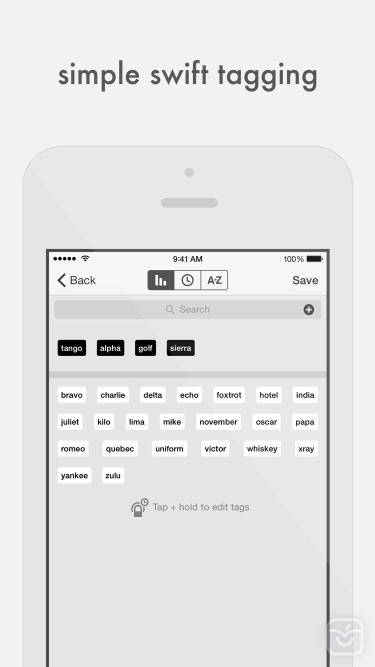 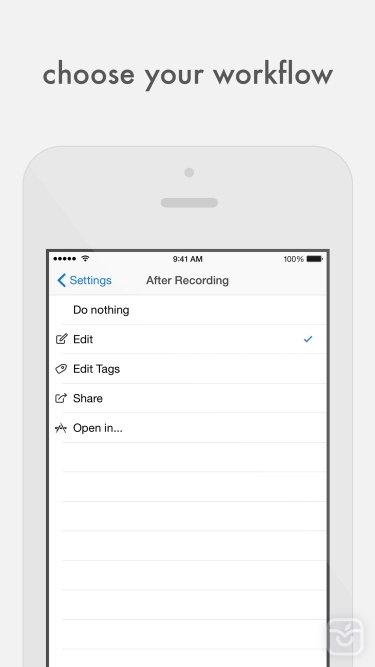 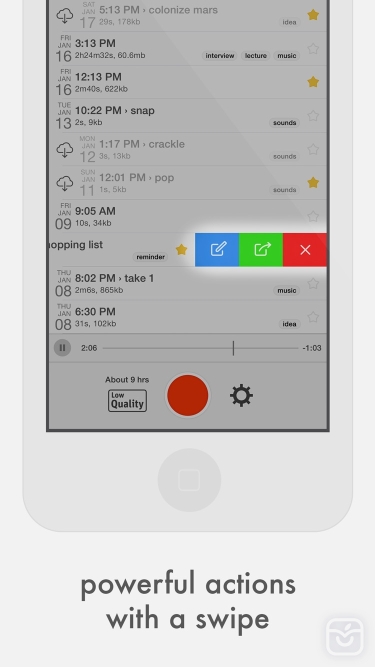 Quick Record is the fastest way to record audio with your device.

It can record in one tap or even automatically, sync to multiple iOS devices with iCloud, capture in High/Medium/Low quality, record directly from the Apple Watch microphone, share via email, and open in other apps.

Record music, lectures, meetings, wildlife, interviews, ideas, and anything else using the device in your hands.

Quick Record is unmatched when it comes to organizing recordings, cloud sync, and capturing without distraction.

You can organize your recordings with great flexibility using names, tags, or stars: instead of having to think "Which folder did I put it in?", you can just search for any property and see instant results.

If you choose to use iCloud, there are powerful syncing features that allow you to access your recordings on multiple devices with zero effort; all recordings are uploaded automatically and can be downloaded from another device with just one tap.

This is also the most nimble recording app you will ever use. If you turn on automatic recording, you can start capturing by just opening the app - no need to "find the record button". Quick Record doesn't force you to think of a name every time you save, but you can turn this on if you like. It's the kind of app that lets you get your ideas down without buttons that jump around the screen, and without forcing you play Space Invaders with alerts and popups just to save your stuff.

And if you're coming from the Voice Memos app, you'll enjoy the ability to open your recordings in other apps.

• Record with one tap

• Record automatically when the app opens

• Use locally without iCloud if desired

• Record in the background while using other apps

• Record in the background while device is asleep / locked

• Prevent the screen from locking while recording

• Pause and continue recording from the lock screen

• Pause and continue recording with your headphone remote

• Open in other apps

• Choose your workflow (automatically Edit/Tag/Share/Open in… after recording)

• Play recordings while using other apps

• Remove device copy to save space while keeping iCloud copy

• No annoying ads or review popups

From within the app, tap the Info button, then select 'Send Feedback'.