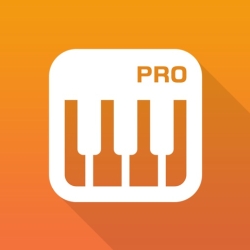 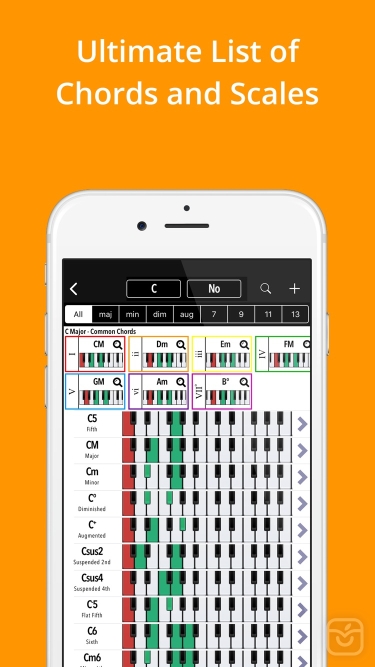 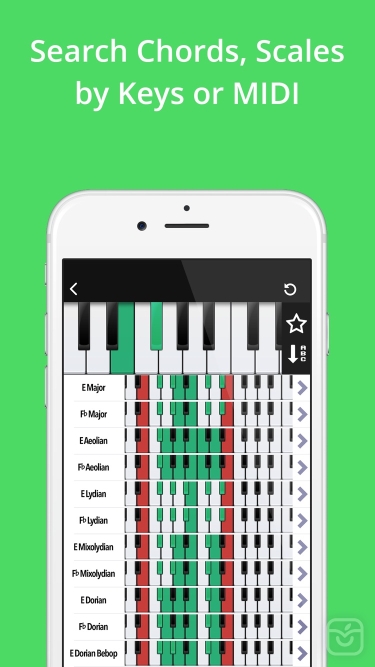 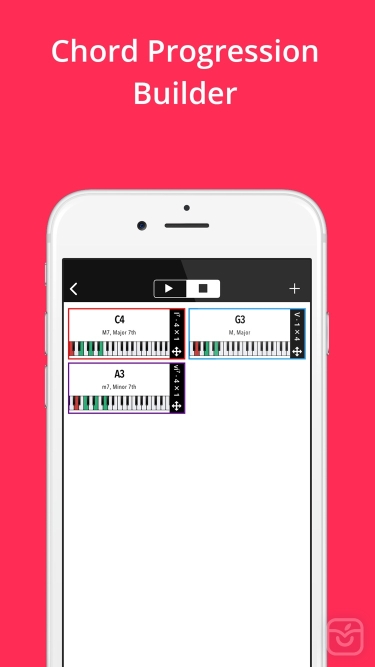 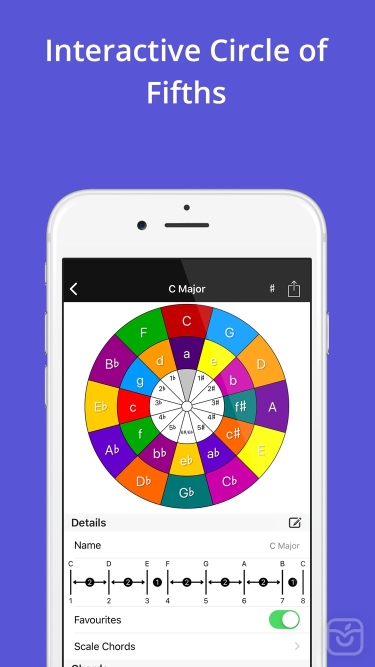 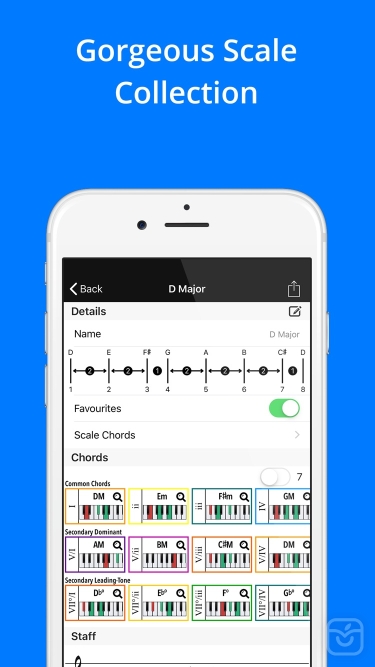 Piano Companion is a music theory app which helps songwriters, producers, teachers and their students. It’s a flexible piano chords and scales dictionary with user libraries, reverse mode, the circle of 5ths, chord progression builder with common patterns. If you can’t remember the name of a piano chord or scale, this app helps you to find it by keys or using your external MIDI keyboard. For example, just press C, G and you will get C Major as the first piano chord in the search result. If you don’t see a piano chord or a specific scale, you can create a custom piano chord or scale and use it for chord charts or your user library.

The app helps you to compose, practice progressions and experiment with different chord progressions using our Chord Progression Builder with relative or common chords.

- Interactive Circle of Fifths with grand staff and relative scales

- Ability to create custom chords or modify existing ones

- Arpeggio in the chord progressions

- User libraries with the ability to add scale or chord

- You can create your own chord libraries and chord charts

Have questions? Community forum: http://forums.songtive.com or contact us at: support@songtive.com

Staff/Keyboard can be magnified in settings: 1x, 2x, 3x

You can turn off MIDI output.

Love our app? Please rate us - each vote is very important for us! Your feedback keeps us motivated to continue development.