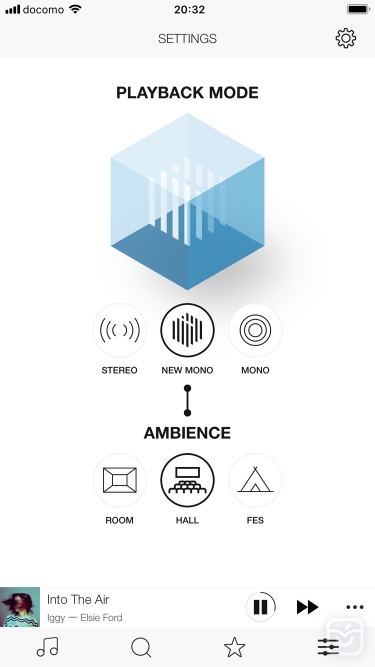 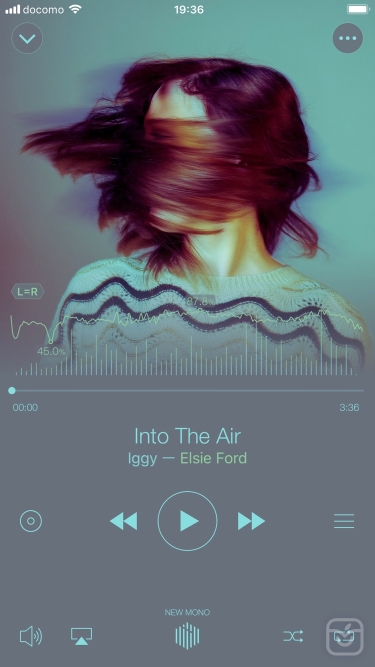 New Monaural is a music player app which has a special monaural playback functionality. It allows you to enjoy natural-sounding music even if listening stereo track through a single side of your headphones.


While this feature does function as a stereo to monaural converter, it differs from typical monaural conversion in that it mixes the left and right channels within a sound space to reproduce the balance which those with unilateral hearing loss experience when listening to music normally (without headphones).


Of course, regular stereo playback is possible as well. The app can be used as a typical music player.


When using the New Monaural Mode to perform special monaural playback, use headphones to enjoy playback with one ear.

Analyze the data of songs in stereo to provide analysis on how the rate that the same sounds are played on the left and right channels (LR Concordance Rate) changes.

Visually see how the sound localization for recorded tracks is laid out.


The special playback function can only be used for music files that have been saved on your device under the following conditions:

- The song has been synchronized with the device in iTunes (e.g., the file was imported from a CD)

- The song was purchased on the iTunes Store, and was downloaded using the standard Music app on iOS


- If you are using iClound Music Library, above songs may not be used in special playback function because DRM will be applied to these.

- Special playback function cannot be performed on songs provided through Apple Music or that are only saved on the cloud.

- If you use iTunes Match and the song is only saved on the cloud, you will first need to download the song using the standard Music app on iOS.

The functions implemented in this app are to be used to enjoy music. They are not for the purpose of improving deafness or other issues. (They have no medical efficacy.)