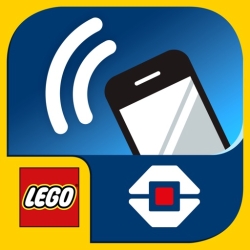 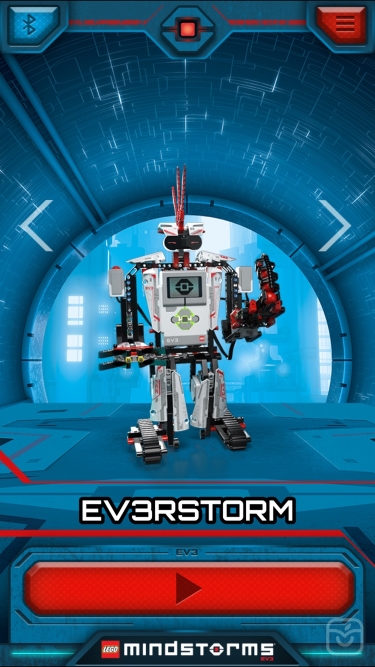 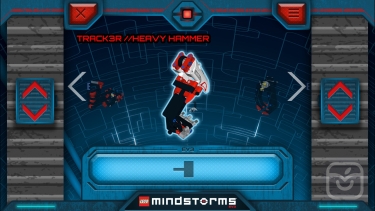 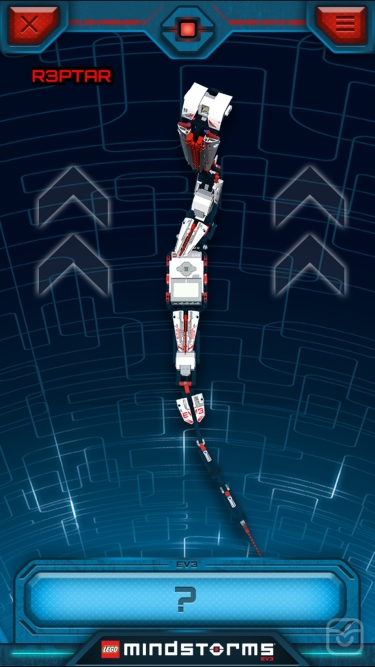 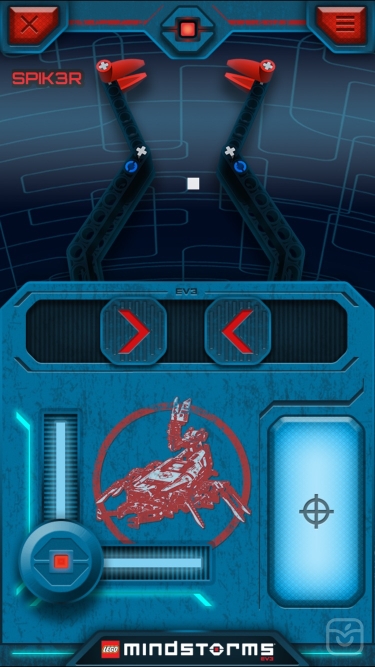 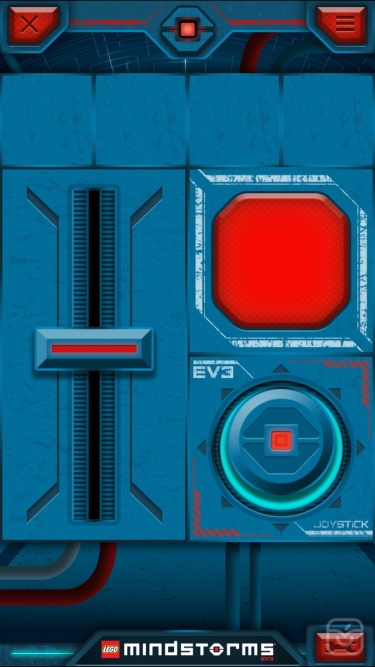 Robot Commander is the official command app from LEGO® MINDSTORMS®. FREE to download on most smart devices; Robot Commander connects via Bluetooth to the EV3 Intelligent Brick. This easy to use app allows you to interact with your very own EV3 robots without even connecting to a computer! That means you can play instantly with your own robots!

EV3RSTORM – with integrated voice control software to command EV3RSTORM’s every move. (Limited to 20 commands per day)

R3PTAR – at the shake or flick of your wrist, R3PTAR slithers and strikes with cobra-like movements

TRACK3R – at your thumb tips, you control TRACK3R’s mechanical tracks to steer your way out of danger, and hammer, shoot or clear your path using the interchangeable tools.

SPIK3R – pinch control SPIK3R’s clasping claws, whilst the joystick controls forward and side movement, plus a shoot button commands the lightning tail.

GRIPP3R – with the thumb-controlled joystick, steer GRIPP3R to your target and at a touch of a button, lift and carry the item to its destination.

Once you’ve enjoyed playing with the 5 EV3 robots, how about creating your own commands using the integrated “Create & Command your own Robots” widget within the app.

Create and command robots that do what you want. Unleash the creative powers of the new LEGO MINDSTORMS EV3 set to create and command robots that walk, talk, think and do anything you can imagine. Begin by following the easy, step-by-step 3D building instructions to build one of the 5 cool robot characters and command them with your smart device or the included remote control. If you can think it, LEGO MINDSTORMS EV3 lets you create it.