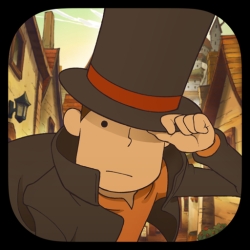 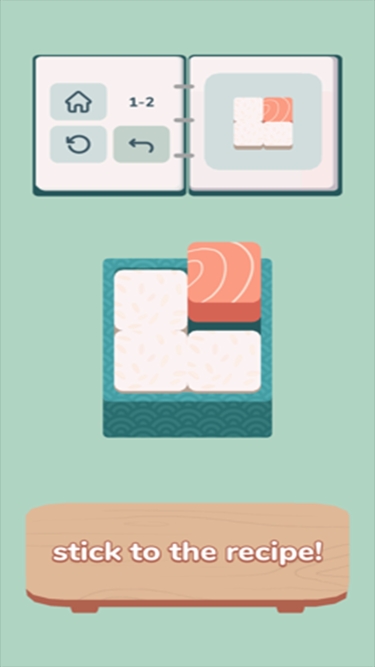 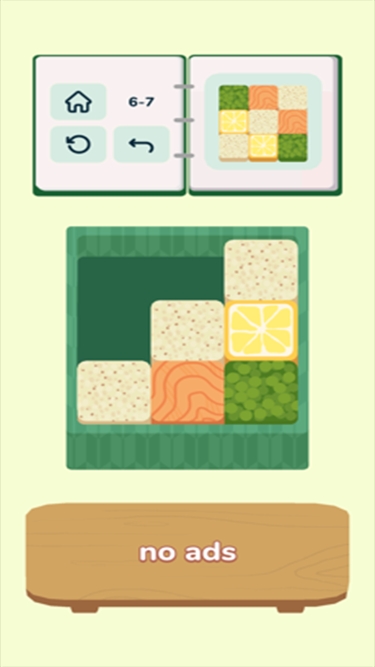 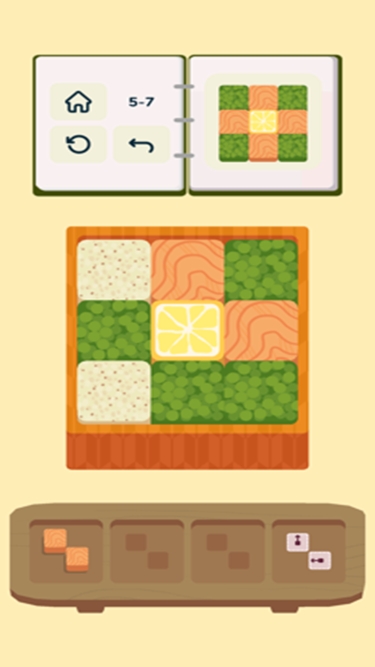 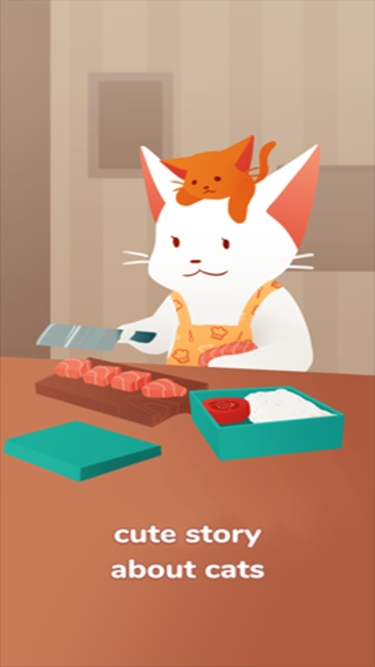 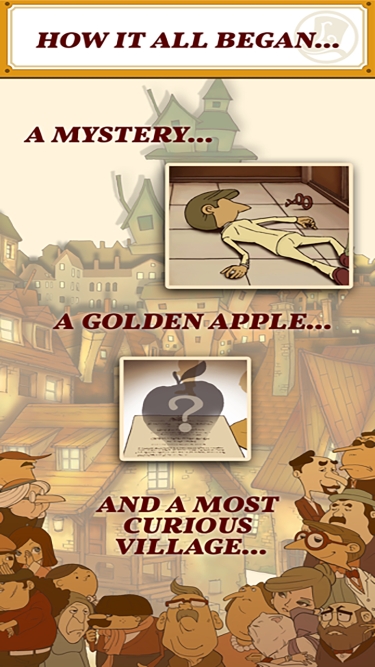 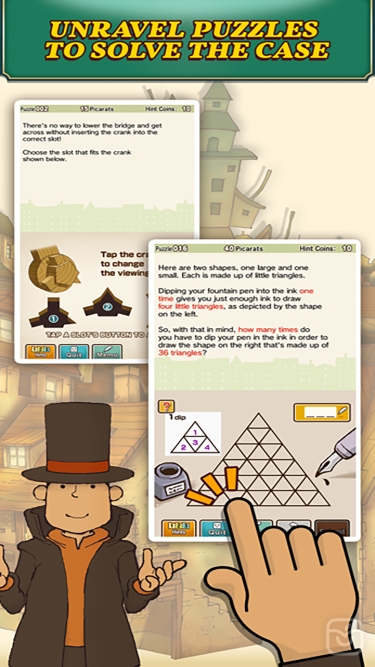 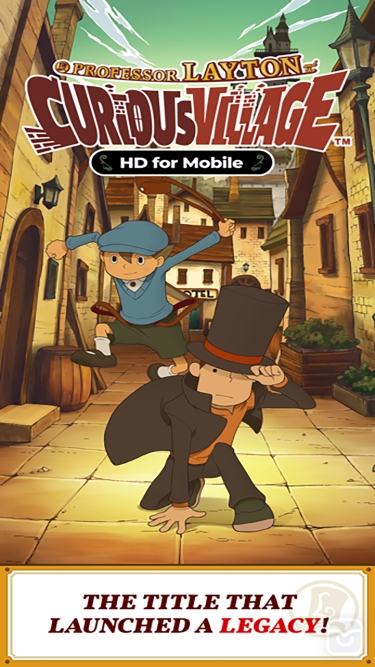 Awarded Best Handheld Game of 2008. Discover the title that launched a legacy!

With over 17 million units sold worldwide, discover the original title that shaped the puzzle-adventure genre and launched a legacy. Digitally remastered in HD for mobile devices and with new, never-before-seen animated cutscenes, it’s time to run the cerebral marathon with Professor Layton and the Curious Village.

The tale begins as Professor Layton, a true English gentleman and famous archeologist, drives to the remote settlement of St. Mystere with his apprentice, Luke, in response to a request from the widow of a wealthy baron. The baron’s will indicates that the family treasure, the Golden Apple, is hidden somewhere within the village, and whoever finds it will inherit the whole of the Reinhold Estate. The Professor and Luke must search the town for clues leading to the precious heirloom.

Featuring a distinctive artistic style that oozes old-world charm, the game’s quirky cast of characters instantly comes to life. The animated cutscenes, remastered in HD, tell key parts of the tale in gorgeous detail. And ever-present in the background, the original soundtrack, beloved by many players, keenly captures the mood of the Layton universe.

Based on the "Atama no Taisou" (lit. "Head Gymnastics") books by Akira Tago, Professor Layton and the Curious Village brings together more than 100 brain teasers including slide puzzles, matchstick puzzles, and even trick questions to flex players’ observation, logic, and critical thinking skills. In addition, rather than just selecting challenges from a list, players uncover puzzles through conversations with the villagers or by investigating their surroundings.

If you are obsessed with mind-bending puzzles, Professor Layton and the Curious Village is for you!

• 1st installment of the Layton Series

• Over 100 puzzles, designed by Akira Tago, that can be tackled on the way to solving the case

• Engaging mini-games that include collecting gizmos and pieces of a mysterious painting, as well as pursuing side characters

This game can be played in English and French only.