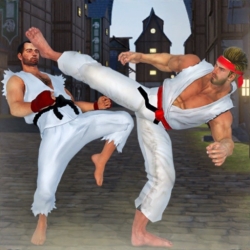 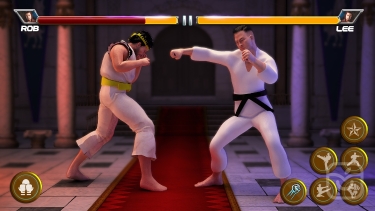 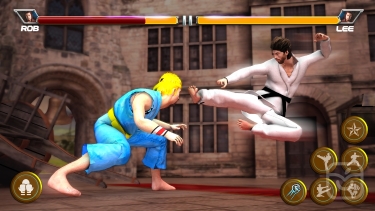 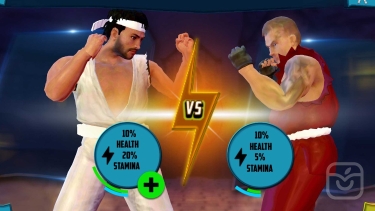 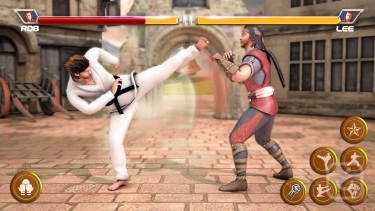 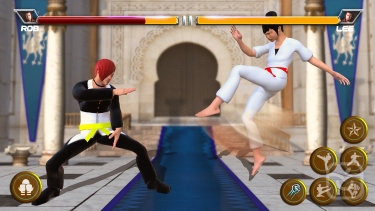 Let’s imagine yourself as a karate & martial art master that is the ultimate king fighter in Kung Fu karate fighting. Karate is an ancient martial art built around self-defense that originates from Japan and China. Play the toughest & real kick fighting game app against world undisputed fighting champions ever. The game offers a real training game app specially developed for fans who love to play PRO karate action games. Karate & martial art fighting become extremely popular worldwide and have many fighting variations. This Karate Training game will help you to learn Karate for free through your handy IOS device.

In this game, there are blockage techniques to defend yourself from enemy attacks. Your opponents use various training styles including taekwondo, Muay Thai, Kung Fu, boxing, and others, show your top-level training skills to overcome all of your opponents with the power. Keep an eye on every move of your enemy that is fighting with you. Take timely decisions, attack the enemy with punches and kicks at the proper time and block enemy attack using accuracy and speed in your actions. Quickness is key to win the hand to hand fights.

Go toe-to-toe against 30+ bone-crushing fighters from Bangkok, Korea, Thailand, china, japan, and Singapore. Advanced animation and stunning 3D graphics bring the real Karate experience to your hand, while intuitive touchscreen controls make jab, hook, and uppercut feel natural and fun. Learn Karate for all levels and easy for free with this game app. Use your blockage techniques to defend yourself against your rivals. Look out for every move of your enemy and strike first to beat ‘em. Take decisions on time about utilizing your kickboxing moves to show who is a master in this martial arts fighting game. It is a full action-packed game for fans to play and enjoy.

Learn how to fight hand to hand without any weapons, and by using your karate kicks. Do not hesitate if you are not a PRO because training mode will help you to get trained. You can select a fighter of your own choice and fight with your unique styles. Win all the matches to be promoted to a legends tournament. Get multiple rewards for winning each level. Get ready to battle against the world’s most powerful fighters. This Kung Fu karate game is for professionals who believe they can win against dangerous opponents. This game has awesome background music that will keep you engaged and energized throughout the game.

Prove yourself by showing your ninja fighting skills and earn points for each win. You can upgrade your fighter’s power, speed, and accuracy of their punches in the game. Strike hard and take your rivals down before they get a chance to hit you. Wrestle them to the end so that you can defeat them. Use your bone-crushing techniques to crush ‘em all. Do not lag in taking action because timing is the key to win this game. Use quick reflexes and special moves, unleash fierce punch boxing and combos, beat all fighters, and become the king of karate now. Advanced animation and stunning 3D graphics bring the real Karate experience to your hand. Easily learn Karate for all levels for free with this fun game. It is quite addictive, once you start playing you will not be able to miss out on this ultimate battle.

- Win karate matches & get rewarded points to unlock the next match

- Battle against toughest fighters to win a world karate tournament

Let us know how you liked the game. We are working on the game updates and your suggestions are valuable for us.