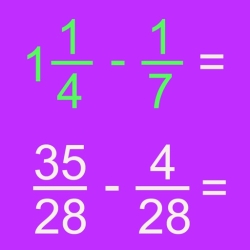 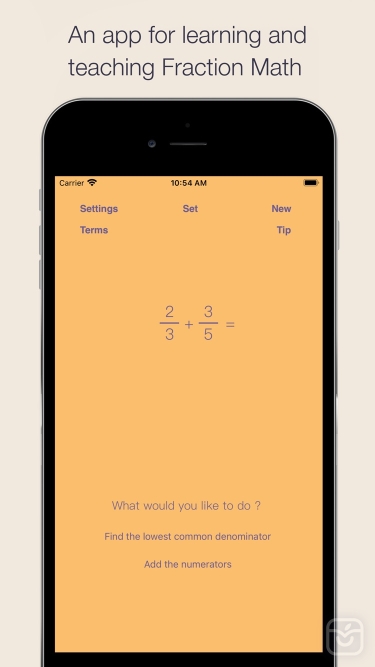 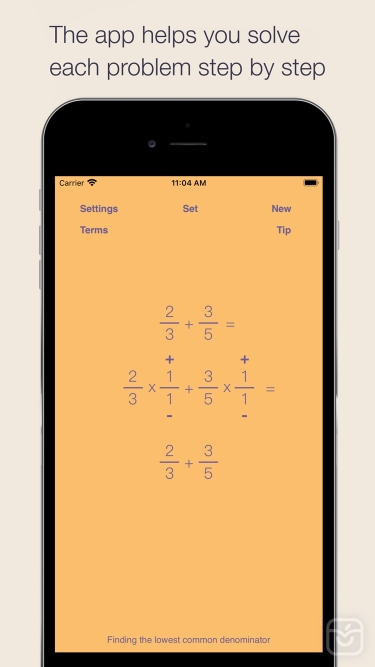 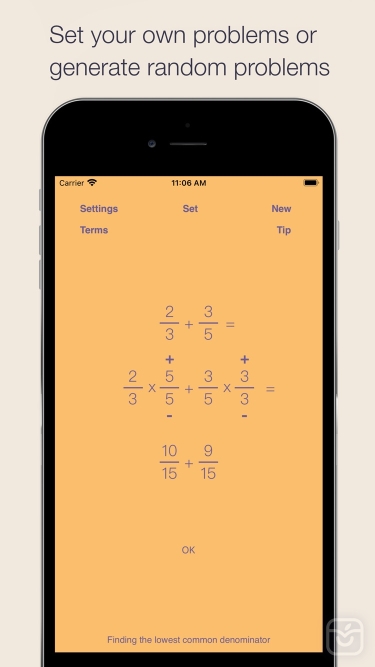 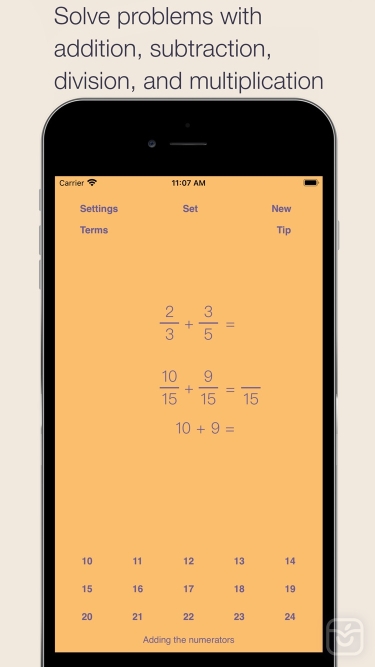 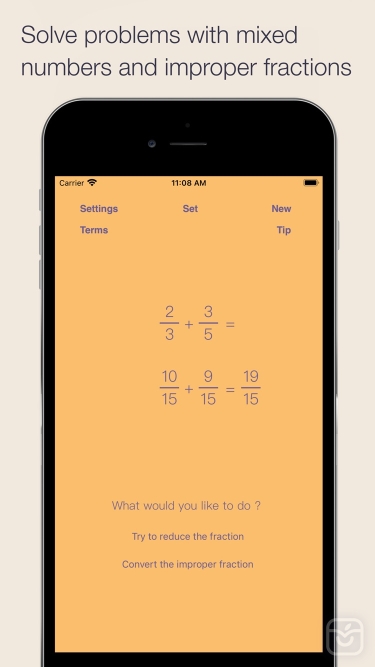 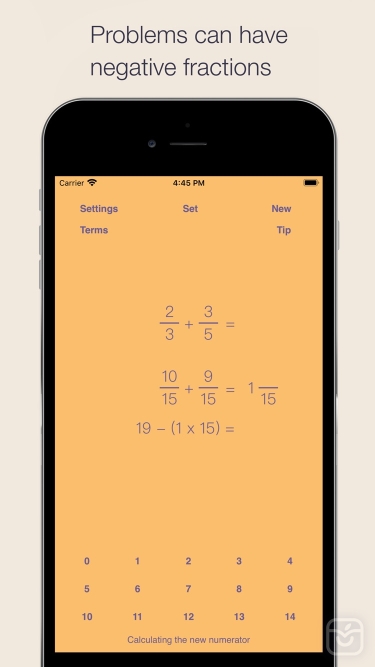 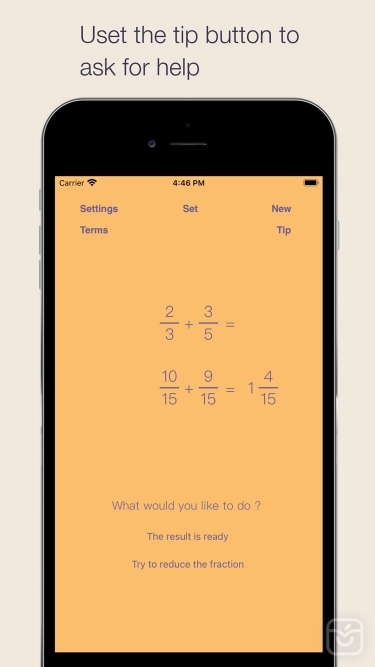 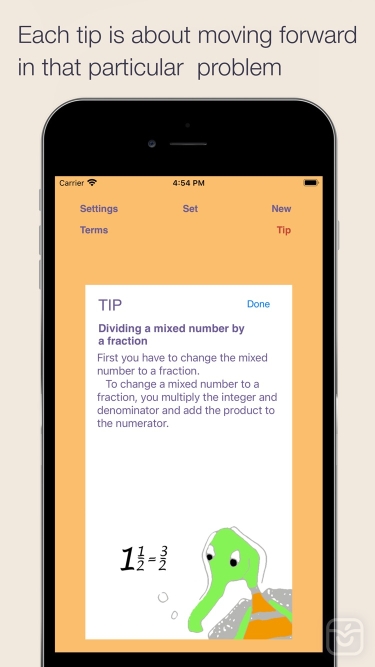 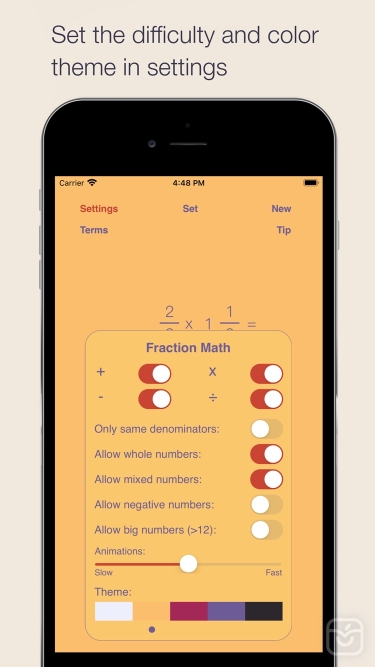 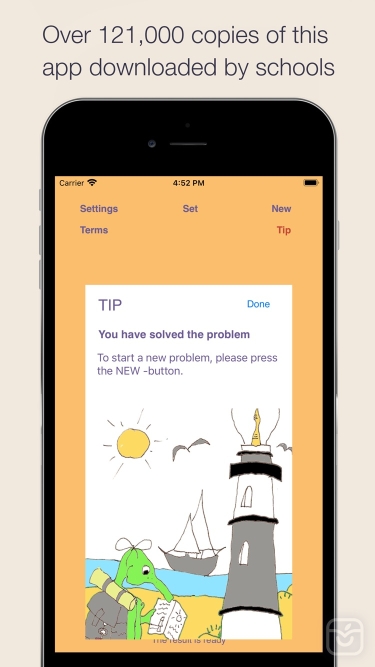 The Fraction Math app can be used to teach and study fractions by solving addition, subtraction, division and multiplication problems with fractions step by step. Wired.com: "Quite a useful app for learning many fraction computations."

The user can input his/her own fractions, mixed numbers, and whole numbers. The app has also an illustrated glossary of the most common terms.

"Quite a useful app for learning many fraction computations."

"Fraction Math app is easy to use and really takes you step by step when adding, subtracting or multiplying fractions."

Suitable for several grades and also for adults

A third-grade student can use the app to add and subtract fractions with equal denominators.

A fourth-grade student can use the app to add or subtract fractions and mixed numbers with different denominators and also to reduce the resulting fractions.

A fifth-grade student can multiply fractions by whole numbers and other fractions. She can also divide fractions and mixed numbers.

A sixth or higher-grade student can use negative fractions, whole numbers and mixed numbers in the problems. She can also use larger numbers.

The above grades and their uses of the app are only provided as examples.

The user can choose how to solve the problems

In each step the user is presented with two choices. Sometimes both of the choices are right. When multiplying fractions the user can choose to first multiply the numerators or the denominators.

In those cases when there is only one possible next step, the user can choose between the right step and a random wrong step. For wrong steps, the app will tell, why that is the wrong step.

When the user has to enter numbers, the Fraction Math app uses the same intuitive smart rolling keyboard as my other apps. Only one tap is needed to enter any number. In reducing fractions, a special prime number keyboard is shown.

Every step is animated

Every step in solving the problems is animated. The speed of the animations can be set and they can also be turned off.

The 60 different tips have a lot of information about fractions, mixed numbers, improper fractions and reduction of fractions. The tips have over 50 illustrations to keep the user interested in reading the tips.

The app has the following settings:

- only allow fractions with same denominators

iDevBooks math apps have been reviewed and endorsed by Wired.com, IEAR.org, Edudemic.com, Teachers with Apps, and other respected sites and organizations.

Feedback and requests for new features

New ideas to make this app better are welcome. Please visit idevbooks.com to give feedback.

This app has no ads or in-app purchases and it does not transmit any data during the operation of the app. This app also does not contain any links to other apps or the web.