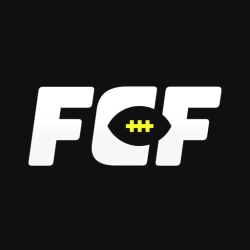 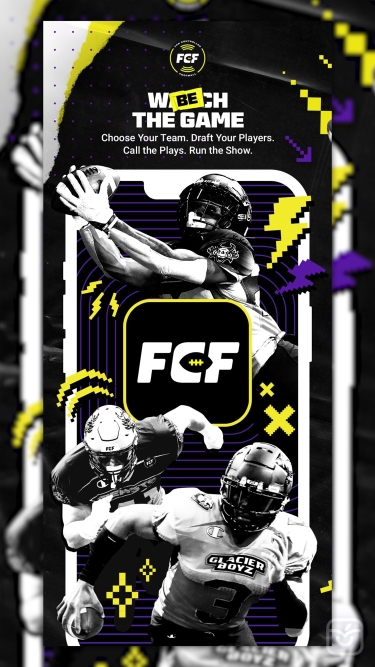 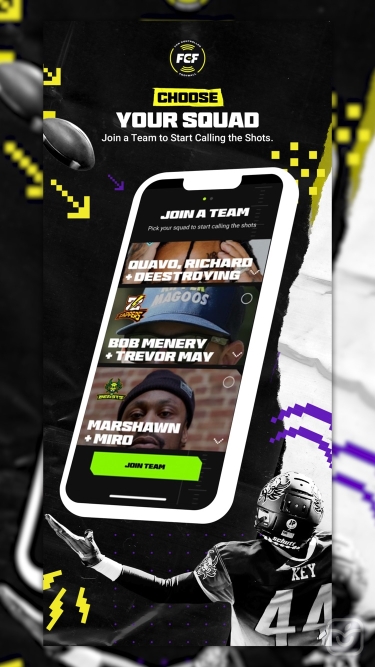 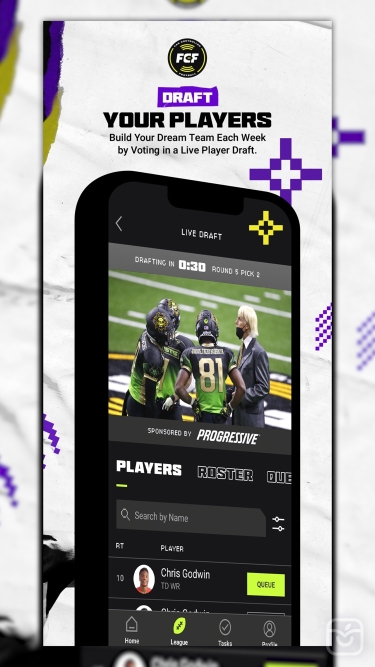 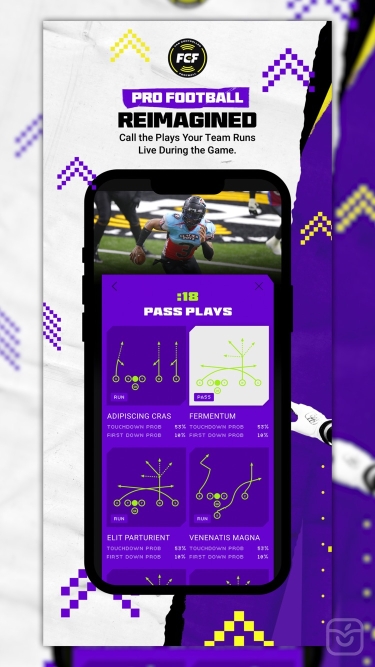 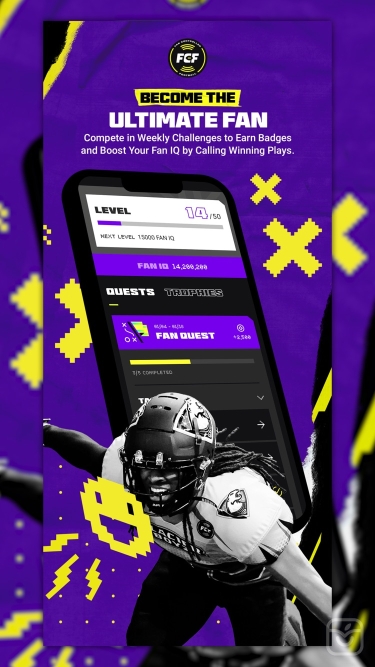 The Fan Controlled Football App gets you in the game; eight teams of elite athletes playing hard hitting football where the fans call the shots. Download the FCF App now to help draft the players and call the plays for your favorite squad.

FCF is football re-imagined for the modern digital world where the fans are in charge. Real players compete in a single, high tech studio venue and fans control everything from picking their jerseys, to drafting the players to calling the plays and even deciding the challenges on the field.

Johnny Manziel and Terrell Owens are headlining a group of super talented players and coaches who will be taking the field this season. This is your chance to call the plays for a Hall of Famer and a Heisman Trophy winner, and you never know who else is going to show up each week.

FCF teams have their own unique style with celebrity ownership groups that include NFL legends, popular Twitch streamers, hit musicians, and social media stars who take an active role in setting their team on the path to The People’s Championship.

Are you going to be part of Marshawn Lynch’s hard hitting Beasts, or the team with the most swag and join Quavo and Richard Sherman on the Glacier Boyz? There’s also Bob Menery and Dalvin Cook leading the charge for the party animal Zappers, and Druski and Austin Ekeler keeping the fun going on and off the field for the Shoulda Been Stars.

FCF Season v2.0 takes the field in April 2022 and we’re adding four new teams for fans plugged into the metaverse that are powered by our Ballerz Collective NFTs. Each of these groups comes from a popular web3 project including the Bored Apes, Gutter Cat Gang, Knights of Degen and 888 Inner Circle. Falcon’s legend Jamal Anderson, NFL greats Tiki + Ronde Barber and superstar DJ Steve Aoki have all joined these Ballerz squads, and now it's your chance to get in on the action.

Call the right play? You earn FanIQ. Draft the top players? Earn more FanIQ. As you level up, you climb the Fan Leaderboard which boosts the power of your picks and shows your squad that you have what it takes to lead your team to victory.

Fan Controlled Football takes the field for Season v2.0 in Atlanta, Georgia at Pullman Yards with Game Day happening on Saturdays and Drafts on Wednesdays. Get in the game now to start building your FanIQ on the road to The People’s Championship.