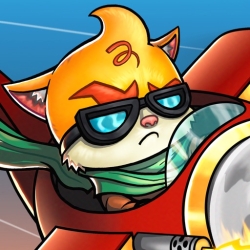 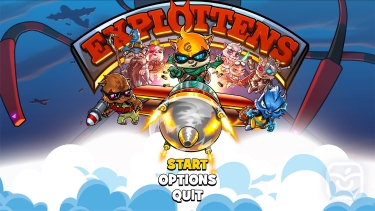 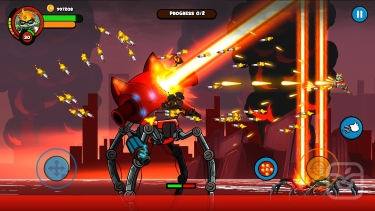 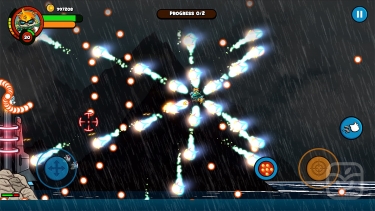 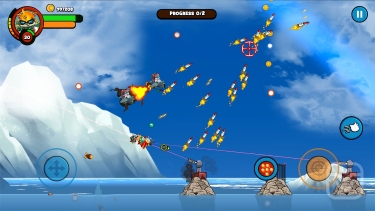 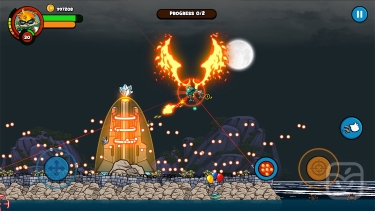 Explottens is a heart pumping, hair raising, twin-stick shoot ‘em up that follows Kit the pilot and his band of misfits as they zip, boost, and shoot through the sky, battling the ferocious felines of K.L.A.W. Explottens focuses on delivering pure arcade joy with bullet hell gameplay, epic boss battles and lots of explosions in a gorgeous parallel kitten-themed universe.

The land of Catmandu is celebrating an end to the battle of Kittysburg. The evil kitties of KLAW had laid siege to the peaceful kittizens of Catmandu hoping to overthrow the democratically elected government and ruling the land with an iron paw. Led by the mysterious, vicious villain known only as M, KLAW with its evil worker kitties and explosive bosses seemed unstoppable.

All hope seemed lost before KIT (the codename given to the elitest of elite fighter pilots to protect their identities so evil villains won’t threaten their loved ones) turned the tide of the battle using the secretest of battle manoeuvres known to kitten kind. A hero arose, on his trusty steel steed and wiped out the evil KLAW.

As the kittizens celebrate and honor their hero, there is a rumbling in the sky……

Is KLAW back? Will KIT save the day again? Will the kittizens of Catmandu know peace?

Explottens is a modern bullet hell, side scrolling arcade shoot ‘em up where the controls are fluid, the explosions are big and the bosses are bad. Experience classic shoot ‘em up gameplay where each mission and each boss is uniquely handcrafted.

Lots of different missions to play to progress the story from saving civilians to destroying bases to simply taking out tons of enemies. There will be tons of explosions no matter what though.

Take a trusty companion along as they help out with providing cover and some comic relief!

Tons of upgrades and customisations to take the mayhem to the next level.