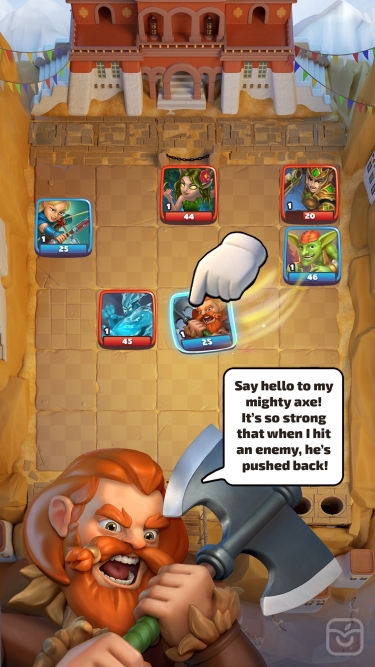 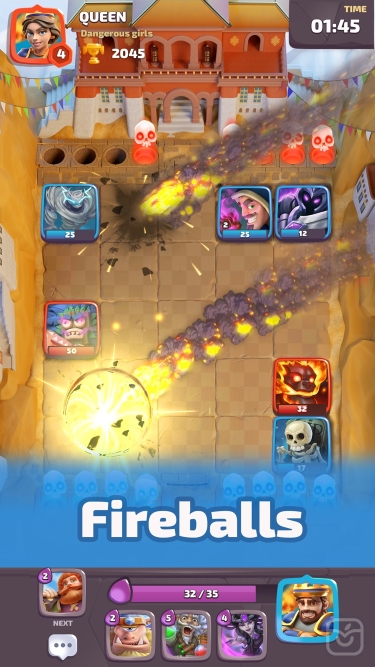 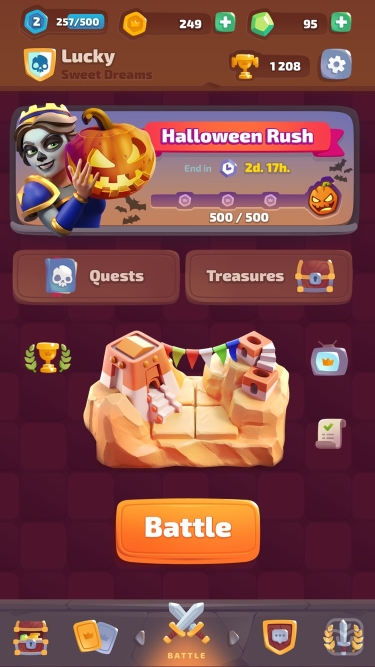 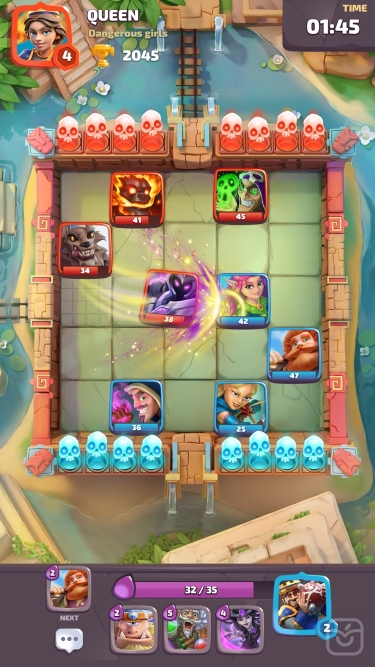 Evertile — the ultimate turn-based strategy card collection game, where every player must develop his own deck of heroes, controlling tiles on a 5x5 sliding puzzle battlefield. In an epic world of fantasy, unique characters are entering battle arenas to honour their King and Queen in a ruthless clash tournament.

Forget about battle royale — instead, play the royal card game of chess styled trading cards and turn-based strategy, where you need to plan every move and leave nothing for the hands of fate!

* TRY OUT ORIGINAL AND UNIQUE GAMEPLAY where you have to control your heroes using 5x5 sliding puzzle mechanics.

* CONTROL VARIOUS TYPES OF TILES such as Tanks, Support, and Damage Dealers, and combine them together to find the ultimate combination in an intense 4-minute battle for supremacy.

* USE CUNNING STRATEGIES such as traps, freeze, poison, stun and more. Wipe out enemy tiles from the battlefield, support your own squad by casting various buffs or healing powers and push for victory using special super power! Use your wits as a chess game player to decide on your next move — your strategy will define your fate.

* COMPETE WITH OTHER MOBILE LEGENDS in multiple 1v1 PVP Arenas and clash in a real-time tournament against friends and opponents from all around the world to win special rewards and trophies to become the strongest warrior.

* ENTER IMMERSIVE CLAN SYSTEM, donate cards to your clan mates and level up together.

* CHAT AND COOPERATE WITH FRIENDS, exchange strategy & tactics and brag about your victories.

Become a pro deck builder and create your own mobile legends winning strategy. Upgrade your deck, train your heroes and battle legendary PVP arenas against friends and other players to become the ultimate strategy king in a royal PvP battle that mixes chess, card tiles and warlords.

Crush your enemies’ skulls in battle and taste sweet victory in this ultimate fantasy war CCG!

And thank you for playing.

Please feel free to write us about any problem to support@supergaming.net