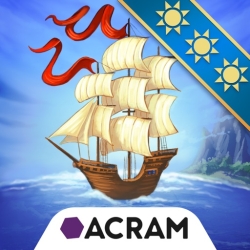 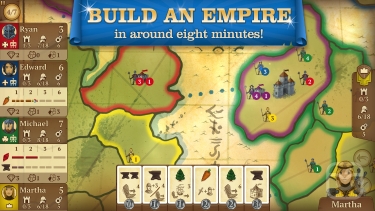 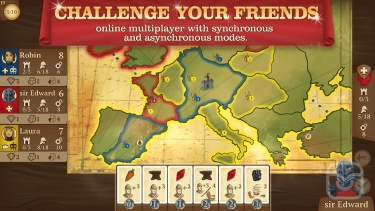 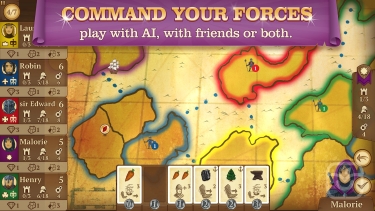 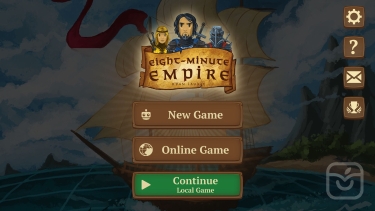 The official version of the board game - Eight-Minute Empire, by Ryan Laukat.

Build an empire in around eight minutes!

Recruit troops to strengthen your army

Challenge your friends all over the world

Sail across the seas & build castles to expand your empire

Collect goods to increase your advantage

In Eight-Minute Empire, 2-5 players take turns selecting a card from the six displayed. This card gives the player a resource, and also has an action which the player takes immediately. Actions help players take over the map, but the resources are worth points at the end of the game, so players have to balance the two aspects. Players spread across the map in order to collect points at the end of the game by having majority control in regions and continents.

Eight-Minute Empire is the super-quick area control game requiring tough decisions. It’s easy to learn and perfect for when you only have a few minutes.

- optimized for PC, smartphones and tablets

- play with AI, with friends or both

- unique, original board game feel on your electronic device

In addition... Summer Sale of Digital Board Games is here! Until 9th of July, 40% off for the base game and up to 50% off for the in-app purchases! Check out our other games!