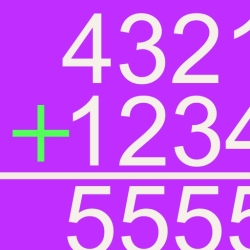 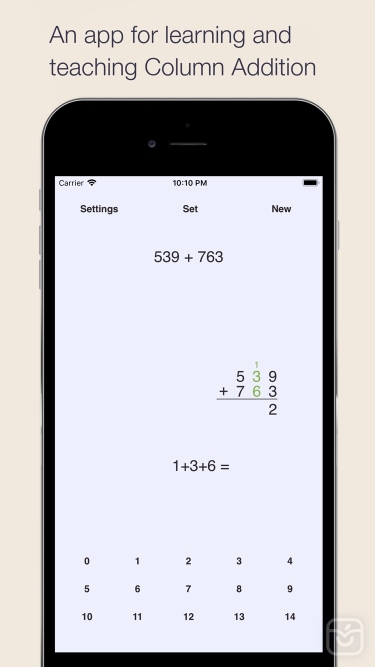 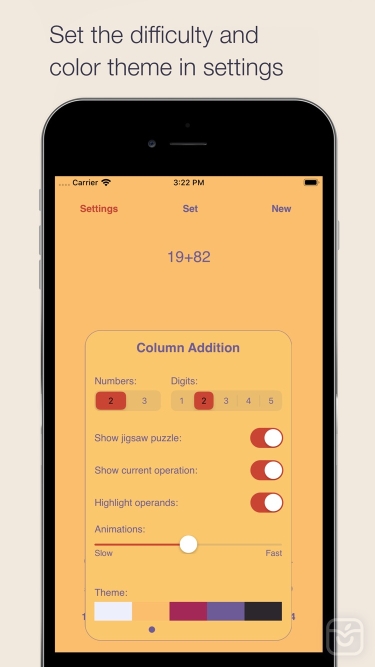 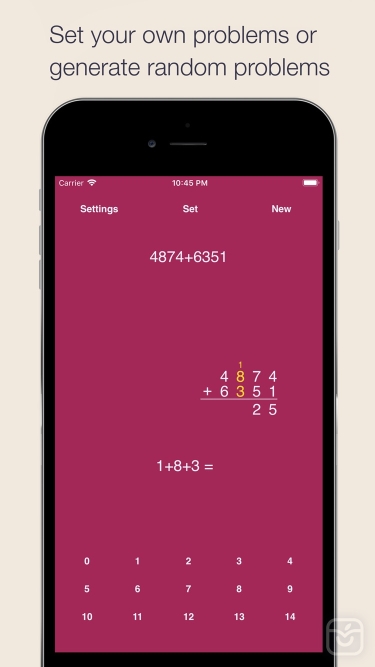 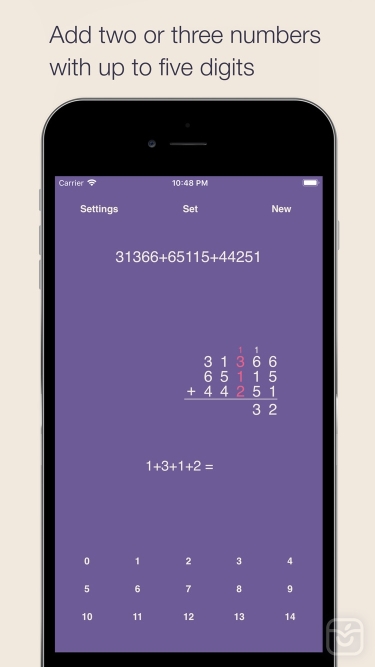 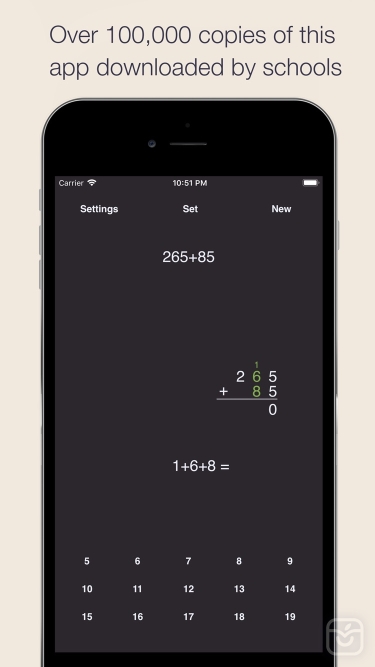 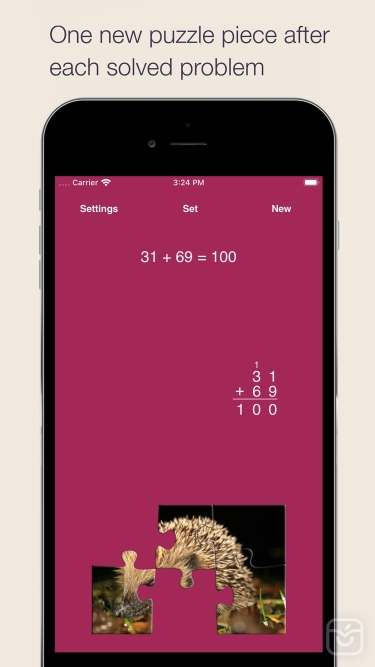 This math app can be used to teach and study the column addition method. The app is easy to use and it has an intuitive interactive interface with customizable colors and other settings. The user can solve random or custom addition problems with small and large numbers. The number of digits in the numbers can be set.

"iDevBooks educational math apps make math enjoyable and entertaining. One of my sons was struggling with math and I must say the use of iDevBooks math apps has really helped him. He now enjoys his math.."

“Because no wrong entries are allowed the app provides a passive form of positive reinforcement and your child will likely improve in both confidence and competence with respect to the procedure.”

The interface of Column Addition app is similar to Column Subtraction.

"The Math apps by Esa Helttula allow students to practice and reinforce the specific computation strategies taught in class, with as much or as little scaffolding as necessary.

They also provide individualized feedback to each student, with an immediacy that is not always possible through pencil and paper practice. Being able to adjust the level of difficulty to suit their needs is also very motivating for the students. I am so glad to have come across this great educational tool!"

After the user solves the operation for each column the correct answer will fly to the right place. The unit of the answer will fly under the column and the ten is carried over the next column.

If the user presses the wrong button the answer will appear above the keyboard but it will not move.

The puzzles are pictures of cute animals. Every time the user solves one addition problem, one more piece of a six-piece picture puzzle is revealed.

The picture puzzle feature can be turned off and on at any time.

- Each number can have from 1 to 5 digits

- The current operation for each column can be hidden

- The operands of the current operation can be highlighted

- Colors of the interface can be changed

- The speed of the animations can be set

- Different interface on iPhone and iPad

- The jigsaw puzzles can be hidden

iDevBooks math apps have been reviewed and endorsed by Wired.com, IEAR.org, Edudemic.com, Teachers with Apps, and other respected sites and organizations.

Feedback and requests for new features

New ideas to make this app better are welcome. Please visit idevbooks.com to give feedback.

This app has no ads or in-app purchases and it does not transmit any data during the operation of the app. This app also does not contain any links to other apps or the web.