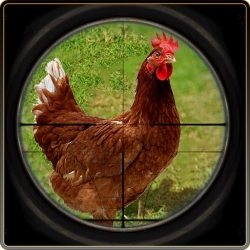 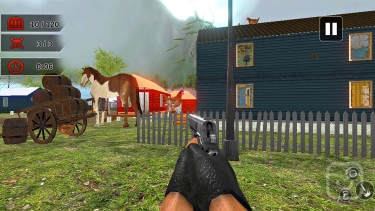 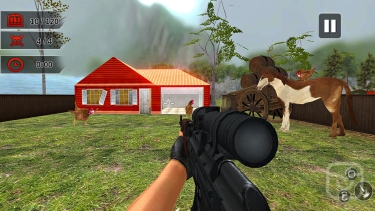 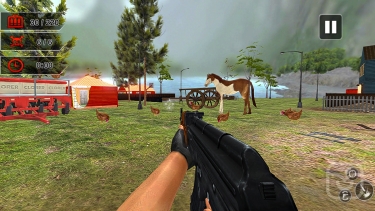 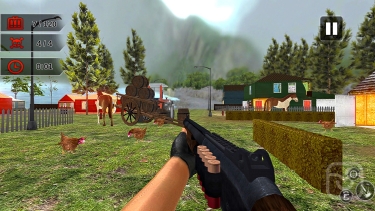 Want to eat some chicken roaster? Then why are waiting for, Download most popular chicken shooting game named Chicken Hunt Sniper shooting with free chicken run.

This is a classic chicken shooting in the field. It's a challenging game for the shooter to shoot the chicken. Moving stray chickens are difficult to shoot. But a real and good Huntsman can apply his abilities to shoot chicken at furry fields. Huntsman can attack them with his gun like a hunter. Hunt the hens or chickens are really fun in this shooting game.

So ready to invade the chickens straying in the field to gain experience of shooting hens. Furry invaders games include different type of guns, snipers, knife and other arsenals or archery hunting using bow and Arrow. Arsenal used in Chicken Hunt Sniper shooting is a pistol, Mp5, Shotgun, machine guns and sniper to hunt. To kill the chickens are fun also for invaders in real or in a game.

Demands of customers in the market have increased of chicken, to meet the shortage of chicken, start to shoot and invade. Chicken is used in many eating products like pizza, burgers, zinger, biryani, and soup. In cold you need a cup soup, so play free shooting game to earn some soup for cold. Be brave, hunt the hens and shoot the moving chickens on the bar, get some meat to make soup.

Free hunting games or free shooting games are composed to train the users for hunting in the worst situations. Free online will educate you about the guns, arsenals and different type of snipers.

To take the advantage from this adventurous game, start to play this ultimate free shooting game. Chicken hunt is like a hobby and finds enjoyment in the field by playing a free chicken shooting game. To amuse yourself by playing most popular free online shooting game is totally free around the world. This game is composed of kids, Young and old.