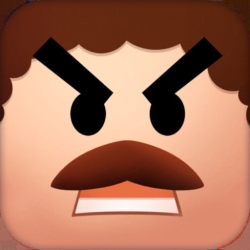 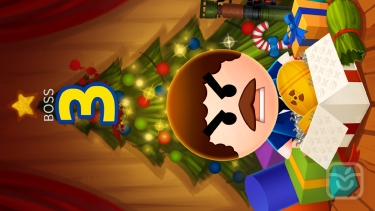 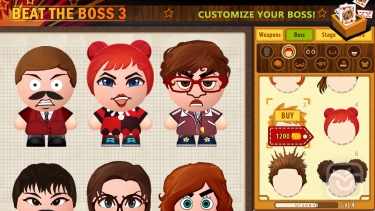 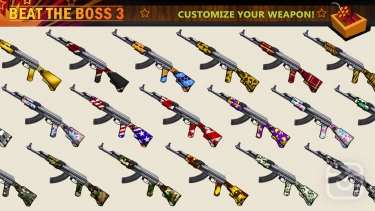 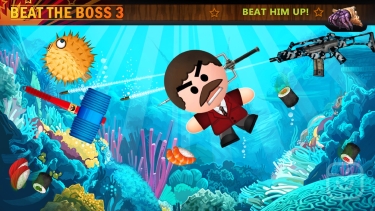 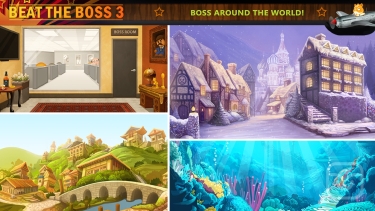 Let off some steam in this action adventure game with over 20,000,000 + downloads from the creators behind Tap Titans 2 and Battle Bouncers!

Get ready to aim, shoot, and destroy evil bosses in the smashing new update to the epic Beat The Boss franchise.

Dealing with a cruel boss who’s nothing more than a bully? Looking at them just makes you want to beat the living daylight out of them.

Turn that rage and office stress into a therapeutic release as you fight against the clock to explode, beat, and destroy the evil robot Boss Joe.

Crush enemies and your own personalized villains with custom crafted weapons. Release the mass havoc of monkeys, wield a samurai sword, or unleash the explosive power of a colossal diarrhea gun on your workplace foes!

WITH BEAT THE BOSS 4 YOU CAN:

▶ PLAY the relaxing interactive office simulator offline and at your desk

▶ UNLOCK the immersive world map, with over 10 hand drawn realms and 30 entertaining stages

▶ PERSONALIZE your own custom boss, get ready to crush your real-life nemesis!

ABOUT BEAT THE BOSS 4:

Boss Joe is on a mission to make your workplace hostile and miserable!

Don’t want to walk into that familiar office on Monday morning? Dealing with the unresolved stress from the last time your boss made your life difficult? Beat The Boss 4 is the healthy way of dealing with office stress and it's better than yoga!

Get back at your dentist, smash that high-school bully, or travel to space to defeat aliens in this interactive action game. As you adventure down the scenic world map, find out where Boss Joe’s from and why you need to take vengeance on him and his ignorant friends. Collect gold coins and diamonds with each hit to buy hilarious and more destructive weapons.

From beehives to office supplies, and even grenades, the possibilities to get back at your foes are endless. Beware, don’t let your coldhearted manager go into their shield! Customize weapons to unleash devastating attacks and let out that pent up anger.

Your therapist and fellow employees will thank you so start taking revenge and go have some fun!

- New Stage Select Tab - Unlock and select the stage you want to Beat the Boss on! Removed the old world map.