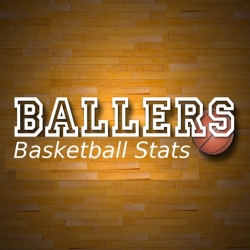 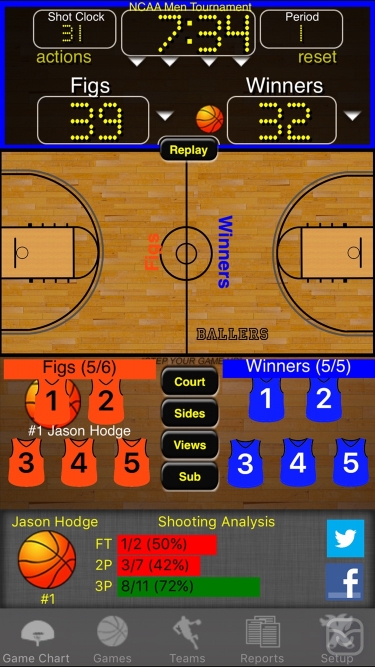 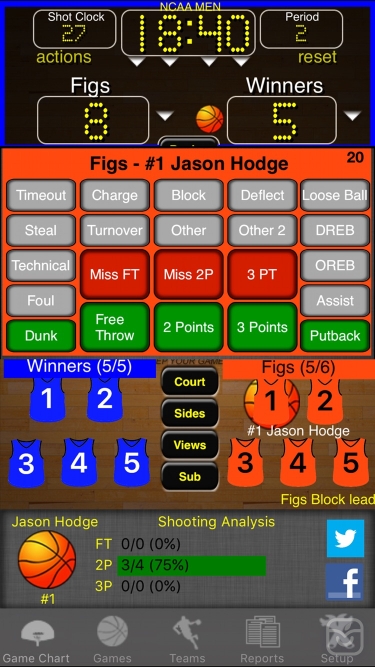 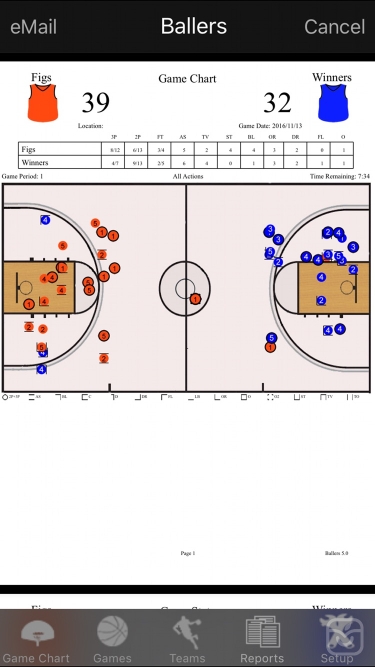 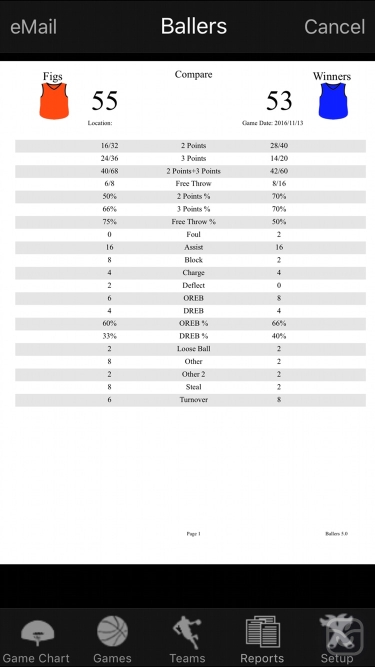 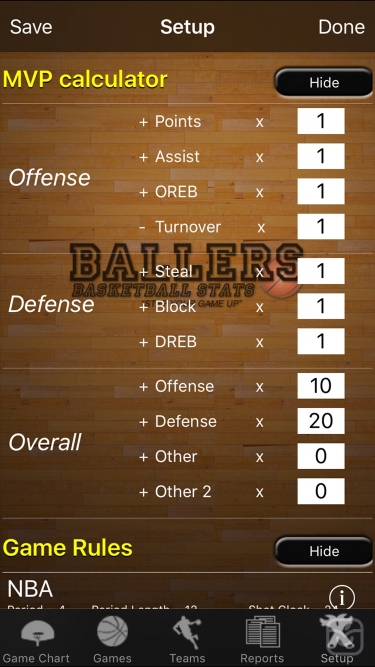 Ballers Basketball Stats is a great basketball stats tracking app. It provides the best reporting, best analytics, and is the most customizable stat tracking app on the market.

Step your game up! Get the competitive edge. Get Ballers Basketball Stats!

Record stats for up to 150 teams for multiple seasons, games, and players. Create game charts and shot charts. Analyze shooting by zone and produce scouting reports. Animate your playbook. Use Game Insights to see who's ready to take the game winning shot.

For Coaches and Players:

• Game chart - show any event by team, player or quarter (not just shots)

• Distance to basket - captured automatically for all events

• Reports - customize your reports; pick what you want in the report

• Court - customize the court with image from your photo library

• Pictures & logos - use player and team pictures from your photo library